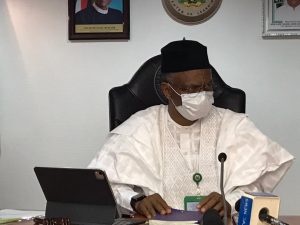 A total of  three hundred and twenty-three deaths linked to banditry and other violent attacks have been recorded in Kaduna state between January and March this year. Nine hundred and forty nine others were kidnapped within that same period.

This is according to a security report presented by the Kaduna State Government at the ongoing strategic meeting between Kaduna state governor, Nasir El-Rufai and members of the state security council .

The Kaduna state security council comprises senior officials of the state government, traditional rulers and heads of security agencies across the State.

The session is expected to evolve better approaches to securing lives and property in the state.

In his opening remark, Governor El-Rufai decried the spate of kidnapping and banditry in Kaduna which he said was taking an alarming proportion.

The governor also raised an alarm that the bandits operating in the state were inching closer from rural communities to the cities, where they have attacked innocent citizens in recent times with utmost boldness.

According to him, there is a need to allay the sense of fear and lack of confidence in security agencies through prompt operations to restore security in Kaduna.

Both men stressed the need to secure schools from further attacks and tackle the menace of drug addiction and trafficking which were identified as factors contributing to banditry.