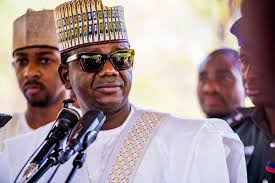 Governor of Zamfara State, Bello Matawalle on Saturday said his administration is seeking a new approach to handle insecurity issues in the state.

Matawalle made the comment while receiving Chairman of the APC Governors’ Forum and Governor of Kebbi State, Atiku Bagudu in Gusau, the state capital.

Bagudu and Jigawa State Governor, Badaru Abubakar made the trip to Gusau to offer their sympathies over the recent killings in some local government areas in the state.

Matawalle warned armed bandits in the state to repent or change base as he draws a new roadmap in his approach to handling the issue of security challenges facing the state, according to a statement from his spokesman, Yusuf Gusau.

He said his recent suspension of a district head in Shinkafi emirate for conniving with bandits was just a tip of the iceberg said, in the next four days, he will overwhelm all those making life unbearable to innocent citizens in the state.

Matawalle further said he has discussed extensively with President Muhammadu Buhari and the nation’s service chiefs on the new approach which is most likely going to deal seriously with deceptive and unrepentant bandits.

He thanked security agencies for their support and cooperation in the fight against armed banditry and also thanked members of the public for sharing vital information to address suspicious movements.

Meanwhile, the visiting Bagudu said they were together with governor Matawalle in Abuja holding meeting on security when the sad incident of banditry happened which forced the governor to leave for Zamfara to ensure total control of the situation.

“As a result, we followed him to Gusau and consoled him as a good brother who we shared the same pains and grief with,” Bagudu said.

He prayed that the attack will be the last in the state and prayed for the souls of the departed.