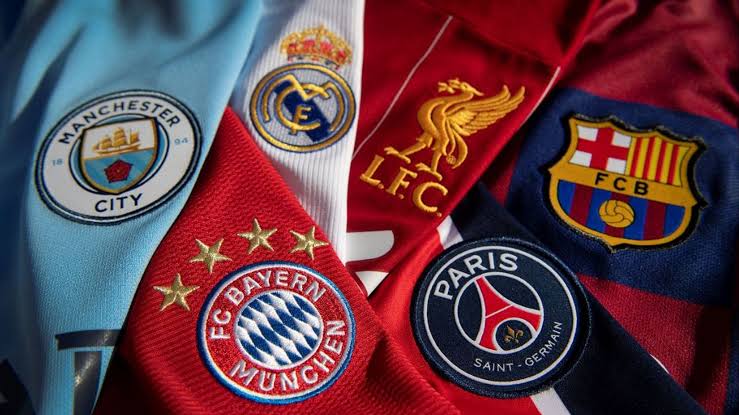 It had been in the works.

For years, the top football clubs have been organising a breakaway Super League made up of the best teams and on Sunday, April 18, they made the announcement.

Defying an earlier eviction threat issued by the European body, UEFA and Football Association of the leagues, the teams in a joint statement announced the commencement of an European Super League.

Moments later, news broke that the clubs representatives at the European Club Association have resigned their appointment – sticking it to UEFA and world football bodies to do their worse.

What is the Super League?

Talks about a super league made of the best football teams competing against each other exclusively have been mooted since the 1980s. But it has failed to materialise due to many factors and opposition from footballing bodies.

In 2018 however, a German publication, Der Spiegel reported an investigation that uncovered documents and revealed that some football teams were actively planning the competition. The investigation shocked the footballing world and brought back the Super League conversation to the front burner.

Der Spiegel’s investigation further revealed that the acclaimed 16-team tournament would kick-off in 2021. The competition would be similar to the Champions League except UEFA would play no part in the European Super League. Teams would play in a group stage followed by knockout rounds to claim an European Super League champion.

The format of the competition would favour some of the strongest, biggest clubs in European football. Of the 16 teams contesting the competition, 11 would be labelled as “core founding” clubs. These 11 clubs would be guaranteed their places in the Super League for 20 years. The clubs would be “immune to relegation”. The other five places would be made up of teams that could be relegated from the competition.

Why the Super League?

Greed. Money. Quality football – depending on the side of divide having the conversation.

But in the joint statement released by the clubs, they cited a failing “current economic model of European football” and the need “to create a tournament in which the best clubs and players can compete against each other on a more frequent basis” as the reasons for creating the Super League.

This need for a new economic model they claimed was necessitated by the pandemic especially as “the solutions proposed by the regulators do not resolve the fundamental issues, which are both the need to offer higher quality matches and to obtain additional financial resources for the whole world of football”.

JP Morgan Chase & Co on Monday said that it was financing the new breakaway Super League, announced by 12 of Europe’s biggest soccer clubs on Sunday.

Also, the monies projected in the European Super League is phenomenal, much more than what clubs currently make by playing Champions League or any other competition.

The statement from the 12 clubs said: “Founding clubs will receive an amount of €3.5bn solely to support their infrastructure investment plans and to offset the impact of the Covid pandemic.”

It added: “The new annual tournament will provide significantly greater economic growth and support for European football … and [solidarity payments] are expected to be in excess of €10bn during the course of the initial commitment period of the clubs.”

Format of the Super League

20 clubs will participate, the 15 Founder Clubs and five additional teams will qualify annually on the basis of the previous season’s performance;

All matches will be played midweek, all clubs will continue to compete in their respective domestic leagues, preserving the traditional fixtures that are at the heart of club life;

The season will start in August with clubs participating in two groups of ten, playing home and away matches; the top three in each group will automatically qualify for the quarter-finals. The teams finishing fourth and fifth will play an additional two-legged playoff. Following this, two-legged playoffs will take place from the quarter-finals onwards, leading to the final, which will be played as a single match at the end of May at a neutral venue.

As soon as possible following the launch of the men’s competition, a women’s league will be rolled out, which will contribute to the progress and development of the ladies’ game.

There has been speculations about the future of the UCL but since the Super League matches will interrupt UCL matches in midweek, the Super League teams are on course to miss out on the UCL.

Also, the UEFA has threatened to ban any of the Super League team from the UCL and their domestic leagues.

The Champions League’s only alternative would be to find a way to co-exist and potentially run alongside the new competition. There is no clear idea about what would happen to the domestic competitions such as the Premier League, Bundesliga, La Liga, Serie A, or Ligue 1. Most likely, the teams in the European Super League would play in those domestic competitions as well.

UEFA declared it will evict the 12 football giants from the UEFA Champions League and domestic leagues if they go ahead with the breakaway ‘Super league’ plans.

UEFA in a joint statement with the Football Association of England, Italy, Spain, Portugal said the said project will undermine the integrity of the sport.

And as such, it will use “all measures available” to stop the “cynical project” of a breakaway Super League.

According to the statement: “UEFA, the English Football Association and the Premier League, the Royal Spanish Football Federation (RFEF) and La Liga, and the Italian Football Federation (FIGC) and Serie A have learned that a few English, Spanish and Italian clubs may be planning to announce their creation of a closed, so-called Super League.

“If this were to happen, we wish to reiterate that we – UEFA, the English FA, RFEF, FIGC, the Premier League, La Liga, Serie A, but also FIFA and all our member associations – will remain united in our efforts to stop this cynical project, a project that is founded on the self-interest of a few clubs at a time when society needs solidarity more than ever.

German and French clubs have not joined the Superleague yet. Be it last year’s Champions League & Bundesliga winner Bayern Munich or French champions Paris Saint Germain, none of them have joined the breakaway league as yet They have said that they are currently not interesting in joining the project. PSG is currently in the semi-finals of Champions League and will play Manchester City.

Also, former Manchester United player, Gary Neville has said the clubs who have signed the proposals should be punished with a points deduction.

Speaking on Sky Sports, he stated: “I’m not against the modernisation of football competition, but to bring forward proposals in the wake of Covid is an absolute scandal. United and the rest of the big six clubs that have signed up to it should be ashamed of themselves.

“Are Arsenal in the league? They’ve just drawn to Fulham. The six English clubs should have points docked from them this season. It’s an absolute joke.

“It’s been damned and rightly so. I’m a Man Utd fan and have been for 40 years. I’m disgusted with Manchester United and Liverpool most.

“Liverpool, they pretend ‘You’ll Never Walk Alone’, the people’s club, the fans’ club. Man Utd, 100 years born out of workers around here and they’re breaking away into a league without competition, that they can’t be relegated from.

“We have to wrestle back the power in this country from the clubs at the top of this league – and that includes my club. I’ve been calling for 12 months as part of another group for an independent regulator to bring checks in place to stop this happening.

“It’s pure greed. They’re imposters. They’re nothing to do with football in this country. There’s 100 years of history in this country from fans that have lived and loved these clubs, and they need protecting.”

Ahmed Musa to miss Kano Pillars’ away games over insecurity