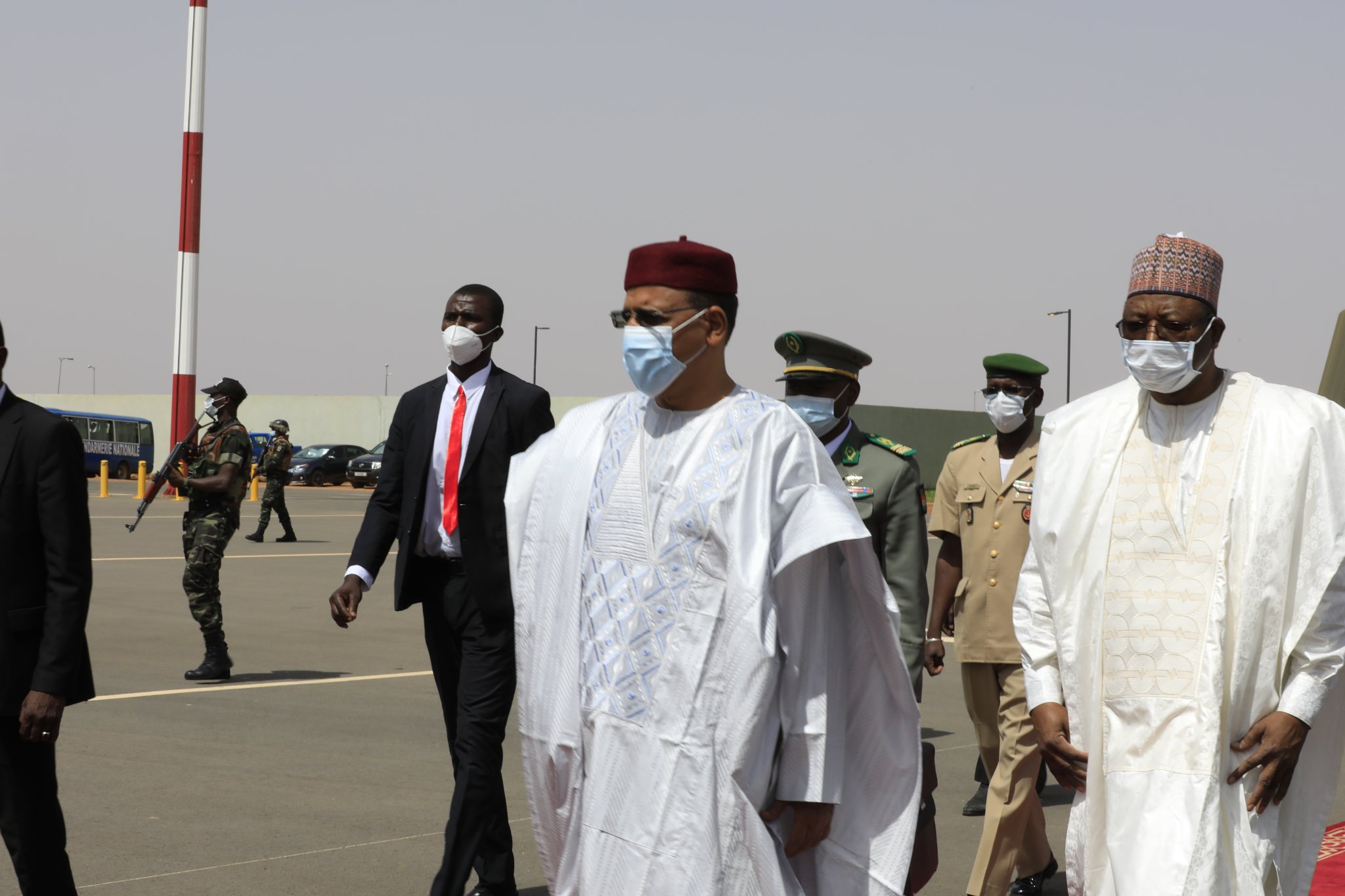 The visiting Nigerien leader, who is on two-day official visit to Nigeria, was received by President Buhari at the forecourt of the Villa at about 1.22p.m.

Among those who joined the president to welcome Bazoum are the Chief of Staff to the President, Prof. Ibrahim Gambari, the Minister of the Federal Capital Territory (FCT), Muhammed Bello and some presidential aides.

The governors of Sokoto, Borno, Yobe, Kebbi and Zamfara states were also at the villa to welcome Bazoum.

Bazoum was sworn in on 2 April for the first five-year term as President of Niger Republic.

His inauguration marked the first successful transfer of power from outgoing president to an elected Nigerien leader since the country’s independence in 1960.

NAN gathered that Bazoum, 61, would also be hosted to a private breaking of fast by President Buhari at about 6.50p.m

President Buhari had earlier received briefing from Vice-President Osinbajo before the arrival of the Nigerien President.

Related Topics:Mohamed Bazoum
Up Next