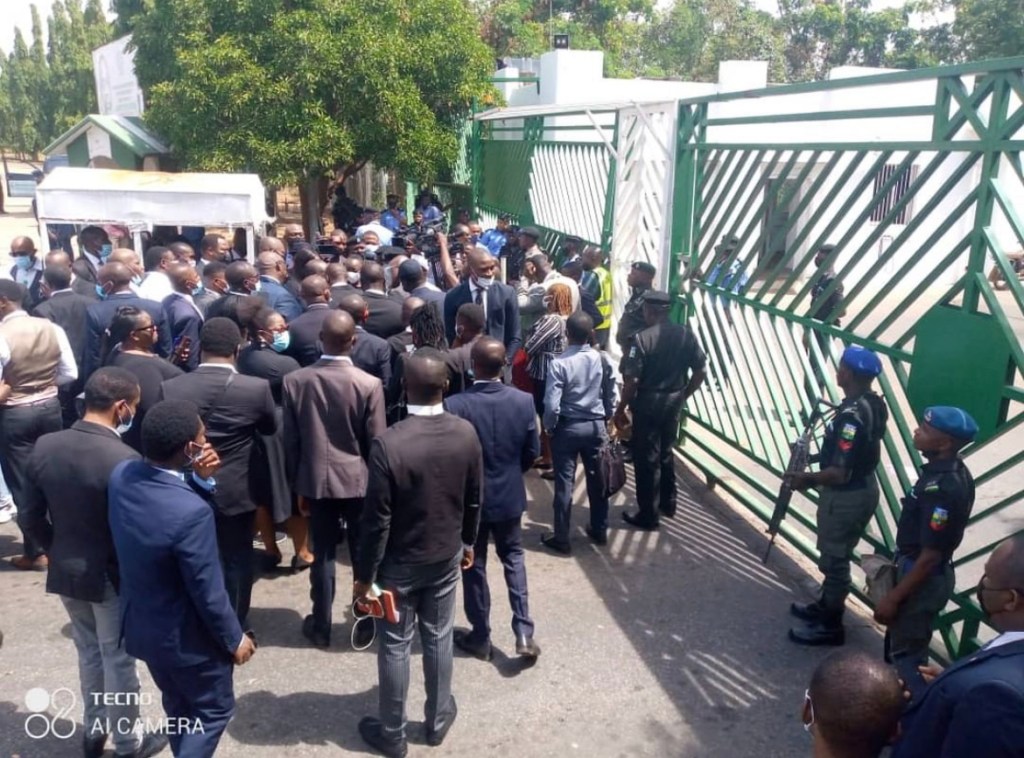 Monday’s protest is coming after members of the Judiciary Staff Union of Nigeria commenced a nationwide protest.

Meanwhile, security officials locked the gate of National Assembly and refused to allow members of NBA to gain entrance.

They had earlier converged at the Court of Appeal gate before proceeding to the National Assembly in their numbers, to register their demands.

Security officials upon sighting the lawyers in their vehicles locked up the two gates to National Assembly.

NewsWireNGR gathered that the National President of NBA, Olumide Akpata, had earlier asked all state branches to stage a protest on Monday.

At the protest in Lagos, the lawyers displayed placards with various inscriptions as they marched from Ikeja Bar Centre through Oba Akinjobi, into Obafemi Awolowo Way towards the Alausa secretariat.

Recall that JUSUN began an indefinite strike on Tuesday, April 6, 2021, over continued delay to implement financial autonomy for the judiciary.

Related Topics:NBALawyers protest
Up Next