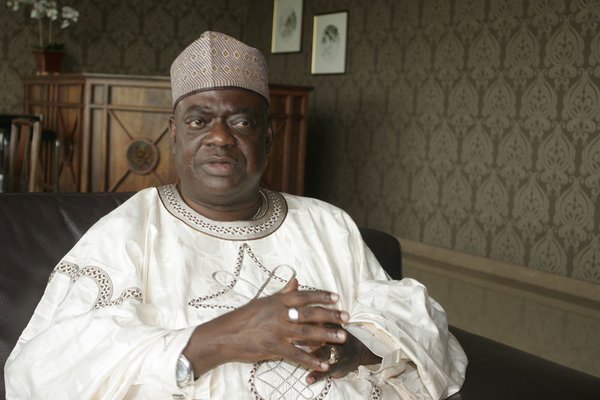 Jonathan also called Aliyu a backstabber, in a statement by one of the ex-president’s former aides, Reno Omokri, maintaining that “As long as that remains his character trait, he will always be at the back.”

The former president was reacting to claims by Aliyu that the reason Jonathan lost the 2015 election was because all the northern governors resolved not to support him.

In a statement exclusively delivered to THISDAY in response to the claims by the former Niger State governor, Omokri, on behalf of Jonathan, said, “Babangida Aliyu is a pathetic fellow. He has become a broken record and, sadly, he feels that is the only way to remain relevant. Let me break his claim down for you in a way that it will be so crystal clear that he is lying.

“There was no such agreement, whether written or oral. Since he says it was written, then let Mr. Babangida Aliyu produce it. If he changes his statement and says it was not written after all, but actually verbal, then I challenge him to name witnesses.”

“General Muhammadu polled 652,574 votes to then President Jonathan’s 321,429 in Niger State in 2011. He got more than twice the number of votes secured by former President Jonathan. So, even if we want to say for argument’s sake that there was such an agreement, of which there was no such agreement, wouldn’t Governor Babangida Aliyu have been expected to have kept to his side of the bargain?”

Jonathan maintained, “The truth is that not only was there no such agreement, but Babangida Aliyu is such a perfidious character that does not even know that his current disposition contradicts his earlier statements.

“For example, in Mr. Segun Adeniyi’s book, Against the Run of Play: How an Incumbent President Was Defeated in Nigeria, published in 2017, Mr. Aliyu gave a completely different reason for working against former President Jonathan. According to Mr. Aliyu, the Obama administration had invited 12 governors from northern Nigeria to sound them out on their commitment to the plot to unseat the then President of Nigeria. In that book, the former Niger State governor said, ‘The Americans had resolved not to support Jonathan. They just wanted to size us up for the level of commitment to regime change.’

“Mr. Aliyu revealed in that book that he was an unpatriotic individual, who held meetings with a foreign government to undermine his own home government. He basically admitted to treason. Now, how can such a fellow be taken seriously by people who believe in the unity of Nigeria?”

According to the statement, “Witnesses at that meeting revealed that the statements made by then Governors Aliyu and Murtala Nyako were so dangerous to Nigeria’s unity that it prompted a strong rebuttal from Gombe State Governor Ibrahim Hassan Dankwambo, who was also present.

“The truth of the matter is that Governor Aliyu Babangida is a backstabber and as long as that remains his character trait, he will always be at the back. What is the level of his relevance today in Niger State? In betraying Dr. Jonathan, did he not also betray himself? What influence does he even command? He lost his state to the All Progressives Congress in 2015, and the Niger State government has been probing his regime.

“The northern government of General Muhammadu Buhari, which he says he helped bring to office, is the same government that is currently prosecuting him for a ?1.9 billion fraud at the national level?

“The Niger State House of Assembly on Thursday, August 13, 2015, passed a motion calling for the probe of Aliyu, and the Niger State government has called him a thoroughly corrupt and unreliable fellow. So, I congratulate him on his achievements in bringing this government to power.

“Maybe he feels he can get a soft landing for himself by attacking Dr. Jonathan and making false statements to make the incumbent president feel that he owes his current position to Aliyu.”

In the meantime, Jonah Jang, former Plateau state Governor in his reaction titled, “Dr. Mu’azu Babangida Aliyu Lied,” equally said as one of the then northern governors, he was never part of any such meeting being referred to by Aliyu, neither was he privy to it, as claimed by the former Niger State governor.

The statement, signed by Jang’s media consultant, Mr. Clinton Garuba, said, “For the avoidance of doubt, despite the perceived shortcomings of President Goodluck Jonathan, Senator Jang believed that President Jonathan was better equipped to rule Nigeria at the time, especially, when his opponent was General Buhari, who Jang did not hide his conviction regarding his (Buhari) inability to resolve the nation’s challenges and sensitivities of the issues at the moment. But, unfortunately, Buhari won, and we are all witnesses to the tales of woe that have followed.

“We view the statement of Dr. Aliyu as an attempt to drag the hard earned reputation of Jang into disrepute. Having served Nigeria as a military officer, later as a civilian governor, and also as Senator of the Federal Republic of Nigeria, and has discharged his responsibilities without blemish, Senator Jang is not one who speaks from both sides of his mouth. Rather, he speaks and supports only what he believes.

“Little wonder that Plateau State was won by President Jonathan in the 2015 general election, largely due to the hard work of the then Governor Jang.”

Jang stressed that there was no basis for him not to support Jonathan, especially, as the contest was against General Buhari. He advised Aliyu to be weary of false utterances, such as the current one, especially when talking to the public.