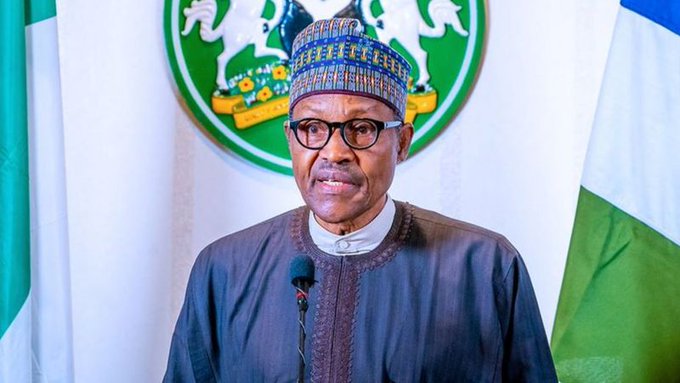 ß(SERAP) has urged President Muhammadu Buhari to “direct the Attorney General of the Federation and Minister of Justice Mr Abubakar Malami, SAN, and appropriate anti-corruption agencies to investigate allegations that N106bn of public funds are missing from 149 ministries, departments and agencies (MDAs), as documented in the 2018 annual audited report by the Auditor-General of the Federation.”

SERAP said: “Anyone suspected to be responsible should face prosecution as appropriate, if there is sufficient admissible evidence, and any missing public funds should be fully recovered.”

SERAP also urged him “to direct Mrs Zainab Ahmed, Minister of Finance, Budget and National Planning to create a system of public announcements to name and shame the indicted 149 MDAs, including those that reportedly failed to remit over N55bn of their revenue; awarded contracts of over N18bn for services not rendered; and spent over N23bn without any supporting documents.

In the letter dated 17 April 2021, and signed by SERAP deputy director Kolawole Oluwadare, the organisation said: “The reported missing public funds reflect the failure of the indicted MDAs to ensure strict compliance with transparency and accountability rules and regulations, and the failure of leadership of the MDAs to foster institutions that uphold the rule of law and human rights.”

According to SERAP, “Recovering the alleged missing public funds would reduce the pressure on the Federal Government to borrow more money to fund the budget, enable the authorities to meet the country’s human rights obligation to progressively realize Nigerians’ rights to quality health care and education, as well as reduce the growing level of public debts.”

The letter, read in part: “SERAP urges you to ask Mrs Ahmed and Mr Ahmed Idris, the Accountant-General of the Federation to explain why they allegedly failed to ensure strict compliance with relevant legislation, rules and regulations across all MDAs, despite the warning and recommendations by the Auditor-General.”

“SERAP also urges you to direct Mrs Ahmed to publish full details of the yearly budgets of all MDAs, and issue regular updates that accurately detail their expenditures, including by making any such information easily accessible in a form that can be understood by the public.”

“The Auditor-General stated that the alleged infractions by the 149 MDAs could have been prevented if the Minister of Finance, Budget and National Planning, and the Accountant General of the Federation had heeded his warning to ensure strict compliance with relevant legislation, rules and regulations across all MDAs.”

“SERAP is concerned that the alleged missing public funds have hampered the ability of the MDAs to meet the needs of average citizens, as the missing funds could have helped your government to invest in key public goods and services, and to improve access of Nigerians to these services.”

“Investigating and prosecuting the alleged grand corruption documented by the Auditor-General would improve the chances of success of your government’s oft-repeated commitment to fight corruption and end the impunity of perpetrators. It will improve the integrity of MDAs, as well as serve the public interest.”

“Any failure to promptly investigate the allegations and prosecute suspected perpetrators would breach Nigeria’s anti-corruption legislation, and the country’s international anti-corruption obligations.”

“We would be grateful if the recommended measures are taken within 14 days of the receipt and/or publication of this letter. If we have not heard from you by then, the Incorporated Trustees of SERAP shall take all appropriate legal actions to compel your government to comply with our request in the public interest.”

“SERAP has carefully analysed the recently released 2018 audited report by the Auditor-General of the Federation and our analysis reveals the grim allegations that N105,662,350,077.46 of public funds are missing, misappropriated or unaccounted for across 149 MDAs in 2018.”

“Similarly, 25 MDAs awarded contracts amounting to N18,369,595,564.47 in violation of the Public Procurement Act (PPA), 2007, including disregard to due process, irregularity in payment for contracts, excessive pricing of procurements, payment for services not rendered, and payment in full for uncompleted projects.”

“Another N23,486,881,920.49 was spent by 48 MDAs without following the rules and regulations relating to spending procedures and policies, and without any documents to support such spending. Furthermore, 11 MDAs paid N8,389,842,637.88 for store items that were not taken on store charge. The Auditor-General fears that the items may be ‘missing/misappropriated.’”

“There are several other infractions documented in the report, a copy of which can be obtained from the Auditor-General’s office. The 2018 audited report therefore suggests a grave violation of the public trust. These damning revelations also suggest that the indicted MDAs lack effective and credible internal processes to prevent and combat corruption.”

“Our requests are brought in the public interest, and in keeping with the requirements of the Nigerian Constitution 1999 [as amended]; anti-corruption legislation, and the country’s international obligations including under the UN Convention against Corruption; and the African Union Convention on Preventing and Combating Corruption to which Nigeria is a state party.”