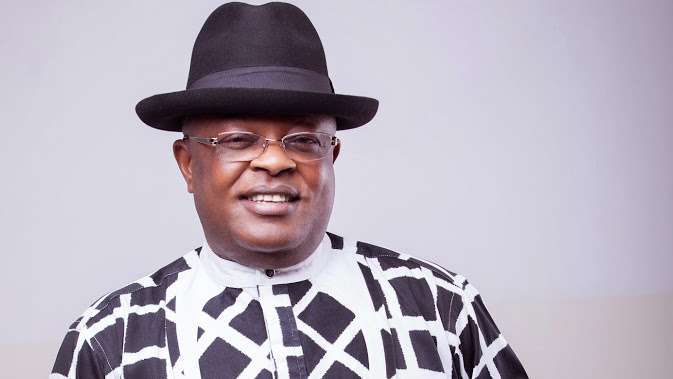 Governor Dave Umahi of Ebonyi State has raised an alarm over plans to incite war in the southeast by some people who have no interest in the region.

Mr Umahi stated this on Wednesday when he appeared on Channels Television’s programme, Sunrise Daily monitored by NewsWireNGR.

The southeast region has witnessed an increasing spate of insurgency in recent times.

Highlights of this insurgency was an attack on Prof. Chukwuma Soludo, one of the party’s aspirants for the November 6, 2021, Anambra governorship election and an attack on a federal correctional facility in Imo State on Monday, April 5.

Indigenous People of Biafra (IPOB), a proscribed group that claimed to represent the interest of the region, had created a security outfit, Eastern Security Network (ESN) to tackle this insurgency.

But on Sunday, the region finally hearkened to the request of the residents and created the governors of the southeast region announced the setup of a joint security outfit, codenamed ‘Ebube Agu’.

When quizzed on the acceptance of the new security outfit, the governor said it has become germane for the region to have such an outfit because some quarters are orchestrating a war situation in the state.

“The problem of this country is that people will leave their problems and make your problem their problem. But what some of these people are doing is to incite the south-east into war and step aside, and we are not going to buy into that; we’re not going to be deceived again,” he said.

“Whether it inspires confidence or not, it does not matter to me. What matters to me is that our people will be satisfied with our efforts in protecting their lives and property. People must be very careful, and know that there are grand plans by people who have no interest in south-east, to incite them into war and we are wiser than that.”

Related Topics:David Umahi
Up Next

2023: ‘The president should come from south-east’ says Osita Chidoka