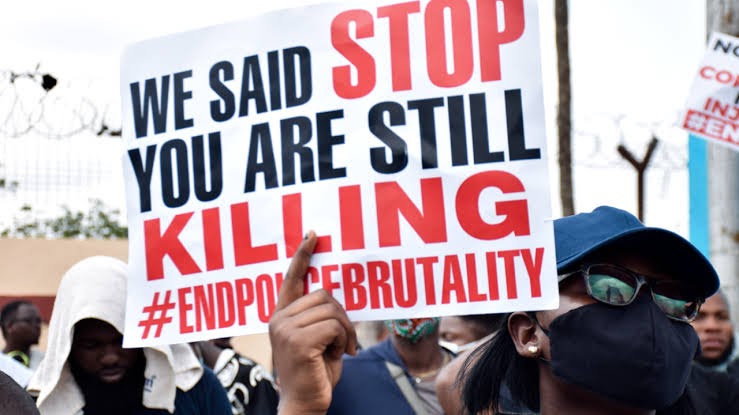 A Canadian court has justified the rejection of an asylum request by a former SARS officer, citing possible crimes against humanity.

The Officer, Olushola Popoola served in the Special Anti-Robbery Squad of the Nigeria Police Force between 2002-2005 and 2009-2011.

He left Nigeria for the United States in 2016, having risen through the rank of the Police Force to a Police Sergeant. He then went to Canada and filed for a refugee status in the country.

The Canadian Immigration Division who cited his time in the Nigerian Police Force and his SARS unit however rejected his application.

The Immigration Division argued that he cannot be acquitted from the human rights violations levied against the SARS unit that resulted in the one month long EndSARS protests in October 2020.

“On October 15, 2019, the ID found Mr. Popoola inadmissible pursuant to section 35(1)(a) of the Immigration and Refugee Protection Act, SC 2001, c 27 [the Act]. The ID reviewed the documentary evidence and found that the Nigerian Police Force, and the SARS in particular, have committed crimes against humanity from 2002 to 2015,” Justice Sébastien Grammond said in his ruling justifying the rejection of the asylum request.

“This is because mistreatment and torture of police detainees is endemic in Nigeria, for a number of reasons including corruption and impunity. Extrajudicial killings are frequent. The SARS, in particular, is singled out in the documentary evidence as one of the most brutal units of the Force.”

The crux of the judicial ruling was Popoola’s claim of innocence amidst the extra judicial crimes of the unit.

“He argues that he spent most of his time with the Force in units other than the SARS, and that his five years with the SARS is a relatively short time. Lastly, he asserts that his contribution to the organization’s crimes was not significant.” the ruling document said.

But the Judge argued that Popoola cannot be excused of the crimes of the rogue unit because he voluntarily joined the police force and he admitted the brutality of the unit while he was a member.

“In this regard, the ID considered that Mr. Popoola voluntarily joined the Nigerian Police Force; that he spent five years with the SARS, a unit known for being especially brutal; that he admitted knowing about the prevalence of torture and mistreatment of detainees in the organization, although he tried to minimize its scope in his testimony; and that he resigned for personal reasons, not because he learned of human rights abuses.

“As to his contribution to the organization’s crimes, the ID concluded as follows, Since Mr. Popoola reasonably knew that when he was a member of the SARS the suspects he handed over to the criminal investigation department would be subject to human rights violations, the tribunal finds this to be a significant contribution to the criminal purpose of the organization since he had the knowledge of what could befall the individual subject.”

The judgement has however caused a stir on social media as Nigerians are taking to their Twitter accounts to share their opinion on the matter.

The Nigerians, a majority who protested against the human rights violations of the SARS unit in the October EndSARS protests, felt elated that the international community took note of their struggles.

How Nigerian lawyer, Adaeze Ikpema was allegedly murdered by her husband