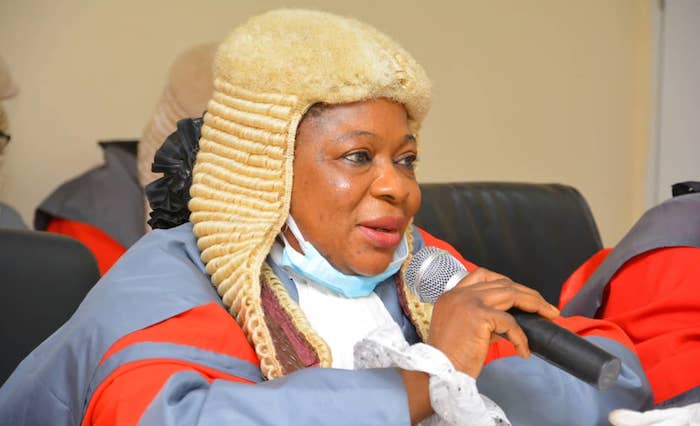 Justice Aisha Bashir-Aliyu has been sworn in as the substantive Chief Judge of Nassarawa state. Effectively, she becomes the first female Chief Judge in the State.

Shortly after administering the oath of office on the new CJ, the Governor Abdullahi Sule said his administration takes the judiciary as a critical institution providing the needed impetus to strengthen relationships among organs of government.

He added that his administration will continue to support the judiciary towards quick dispensation of justice, stressing that the government had approved an increase in subvention of the judiciary to allow implementation of the harmonisation law as well as enhance allowances of magistrates and judges of Area Courts.

Sule appealed to members of the judicial staff union on strike to return to work in the interest of the people.

He then called on Justice Bashir-Aliyu, being the first female CJ in the state, to see her appointment as a litmus test, urging her to bring her wealth of experience to bear in the discharge of her onerous task.

Her swearing-in is coming after her confirmation by the Nigeria Judicial Council and screening by the State House of Assembly.

She had worked as an acting Chief Judge for three months.

7 years since Chibok, over 600 schools closed in Nigeria for fear of abductions

Nigeria – An increasing number of measles cases in Borno