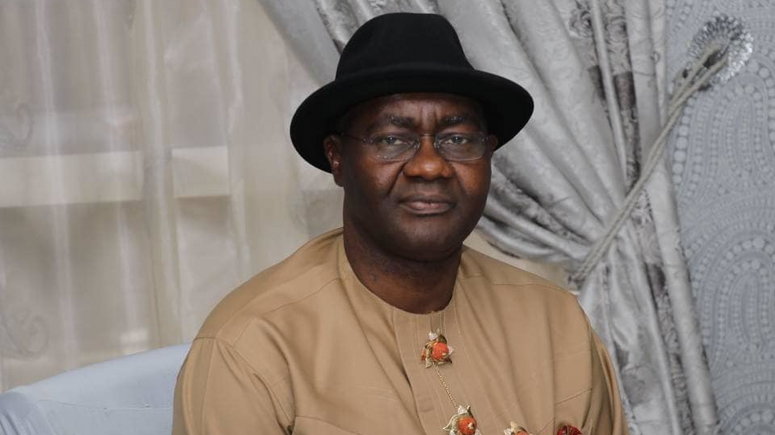 Former Senator representative Rivers South-East Senatorial District at the National Assembly, Magnus Ngei Abe, has said the statement credited to the Minister of Transportation, Rotimi Chibuike Amaechi that the governorship ticket of the All Progressives Congress has been zoned to the riverine part of the state was his personal opinion.

He described the Minister’s declaration as a Greek gift to the riverine people and a poisoned chalice which is bound to fail.

Abe said this during an interactive session with members of the party in Port Harcourt, where he stressed that zoning the governorship ticket of the party is a process.

“If you just stand and carry a microphone and begin to zone and unzone, everybody knows what you are doing. And so long as it is singularly done, I want to stand here and say that it will not work.”

The APC Chieftain equally opined that the Minister intended to deceive the riverine people by making an uncoordinated promise to them without first laying a proper foundation which is the basis of victory, and wondered how one individual intended to pit a section of the state against the others.

He said, “I want to stand here and say that the riverine people I know are smarter than those who are trying to use them. It is a poisoned chalice, it is a Greek gift, and it will profit nothing because it is not well-intentioned.”

He assured Rivers people that no single tribe, group or individual can produce the governor of the state single-handedly without the direct involvement of other parts of the state.

“No tribe nor group in Rivers State can produce a governor without the co-operation and consultation with other groups in the state. No one individual has such power and definitely, the former Governor (Amaechi) does not have that power as far as Rivers State is concerned.

“There is no way any of us will grow bigger than the people of Rivers State. The state remains the foundation of our power as leaders. And Rivers people are the only route through which we can gain access to power and we must respect them. The respect we give them is the respect they will show us.

“Will that aid the APC to win elections in the state? It is an action doomed to lead to another round of failure, we as party men and women should not allow it,” he declared.

APGA condemns attack on Soludo; describes it as a ‘strange development’

Commissioner for Environment was sacked because he overstepped – Governor Wike