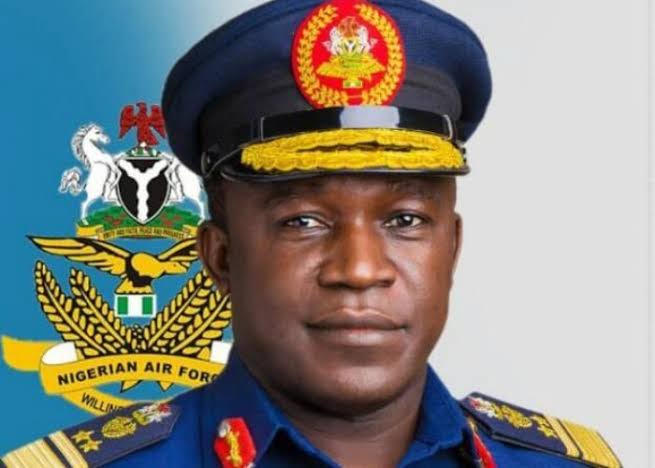 The Chief of Air Staff, Air Marshal Oladayo Amao has arrived in Borno State as the Nigerian Air Force continue efforts to recover the missing Nigerian Air Force Alpha Jet which went missing on Wednesday evening after it lost contact with the radar.

This was contained in a statement released by the spokesperson to NAF, Edward Gabkwet on Thursday.

He said the CAS “arrived Maiduguri this morning and was briefed on ongoing search and rescue efforts in connection with the missing Alpha Jet aircraft.

Gabkwet said Amao “urged pilots, engineers and technicians to remain undeterred and resolute in their commitment to ensuring that peace returns to the North East.”

The missing aircraft was supporting troops at one of the Theatres of Operation in the Northern part of the country.

The NAF spokesperson is however yet to disclose the number of officers onboard in the missing craft amid other details.

All seven of the NAF personnel on board the aircraft died.

Related Topics:Marshal Oladayo Amao
Up Next

Nigerian beauty queen and doctorate student, Najeebat Sule gunned down in the US