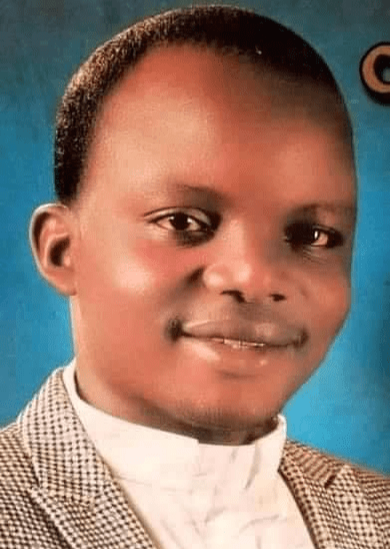 NewsWireNGR gathered that the incident happened around 7:00 am on Tuesday, when the church was rounding off its morning mass.

One of the residents who spoke to journalists, said the gunmen stormed the village around 7:00 am and demanded to see the parish priest.

“We directed them to go inside but within split seconds we heard gunshots and everyone scampered for safety. By the time we came back, the Rev. Fr. and others were found dead” he said.

Katsina-Ala local government Chairman, Alfred Atera, who confirmed the incident in a statement, identified those killed alongside the priest as Mfave Tumachihi, Mbangohor Tsebo and Orlukaa Ulu.

“On 30th March 2021 at about 7-8 am unknown gunmen came and burnt a village called Agu Centre in Mbatyula/Mberev Council Ward in Katsina-Ala and killed Rev. Fr. Moses Ngugban and three others by name: Mfave Tumachihi, Mbangohor Tsebo and Orlukaa Ulu.” he said.

Spokesperson of the State Police Command, DSP Catherine Anene, confirmed the incident, saying that security operatives are on the trail of the gunmen.

She said: “Rv. Fr. Nguban Fanen and three others lost their lives during the attack. Corpses have been deposited at General Hospital Katsina-Ala while a joint operation of police and other security agencies are on the trail of the hoodlums”

Britain is worried about insecurity in Nigeria – British High Commissioner

In Bauchi, a man was burnt alive for allegedly insulting Prophet Mohammed