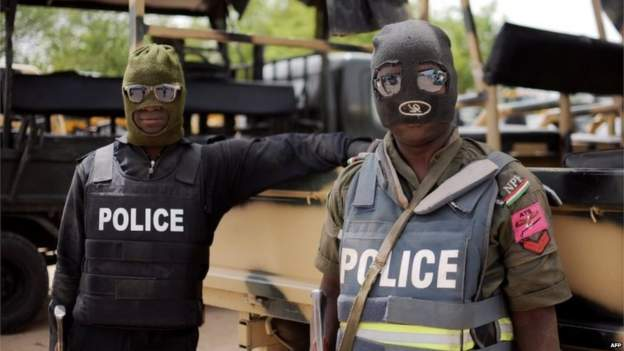 The Kaduna State Police Command have disclosed that it rescued eight kidnapped victims and also recovered an AK-49 rifle in Galidamawa, Kidandan, Giwa Local Government Area of the state .

This was contained in a statement authored by the spokesperson for the force, ASP Muhammad Jalige, in Kaduna on Tuesday.

Jalige said in the statement, “On March 29, at about 0600hrs men of Operation Puff Adder II attached to Kaduna Command while on routine patrol along Galidamawa/Kidandan area of Giwa LGA, intercepted a group of armed bandits alongside some victims in their possession.

“On sighting the operatives they took to their heels abandoning their victims and one AK-49 rifle and in the process eight victims were rescued unhurt.”

He added that the victims said they were kidnapped on the Zaria–Kaduna expressway aboard a luxurious bus en route Delta on Feb. 29.

They (the victims) were receiving medical attention amid plans to reunite them with their families.

“The Commissioner of Police in Kaduna, Umar Muri, appreciates the support rendered by the Inspector-General of Police in deploying men and resources to compliment the efforts of the command in tackling banditry,’’ Jalige added.

Meanwhile, It’s almost three weeks since about 39 students of Federal College Of Forestry Mechanisation, Afaka, Kaduna state were abducted by terrorists in their school hostels and yet to regain their freedom.