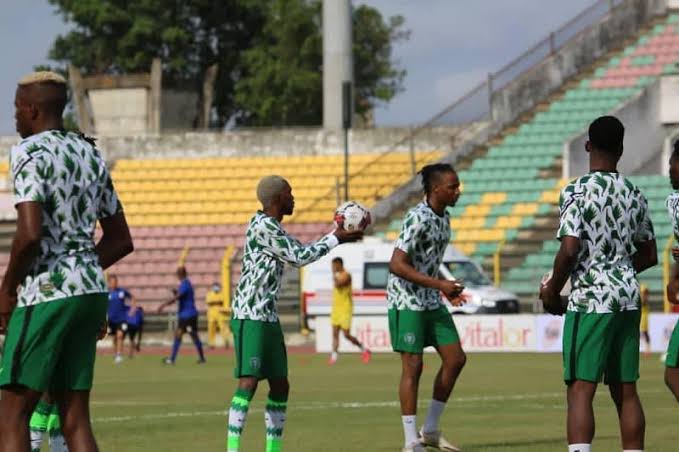 The Nigeria national football team, Super Eagles will today, Tuesday round off their 2021 Africa Cup of Nations qualification when they host Lesotho’s Likuena (The crocodiles).

Teslim Balogun Stadium (TBS), Surulere is where the match will be played and it is the first time the Super Eagles return to Lagos after a 10-year hiatus.

The last competitive game Nigeria played in Lagos was a 1-0 Nations Cup qualifying win over Zambia in January 2001, while 10 years later there was a 2-1 friendly win over Sierra Leone at the same venue.

However, despite the fanfare surrounding the homecoming of the Super Eagles in Lagos, fans will not be allowed into the stadium due to the COVID-19 protocols in the country.

The match however is a dead rubber game as the Super Eagles have already qualified for the 2021 AFCON as the Group L leaders with 11 points from seven matches while Lesotho occupy the bottom of the group with just three points from a similar number of matches.

But Lesotho will be gearing for their first win in all competitions since 2019.

Related Topics:Super Eagles
Up Next