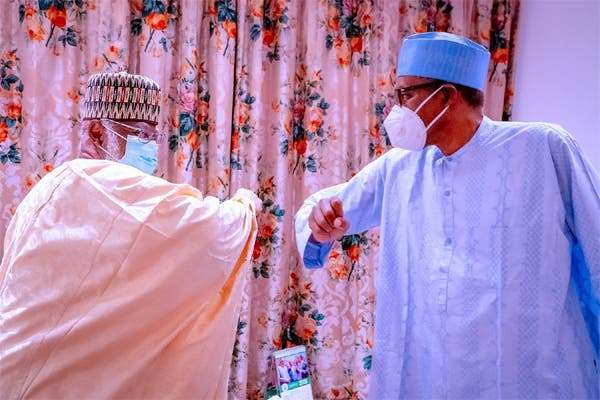 The reason for their meeting was not disclosed, but it will not be unconnected with the security situations, economic hardship and other social maladies affecting the country.

Bashir Ahmad, Personal Assistant on New Media to the President disclosed this on his twitter handle. According to him: “President Muhammadu Buhari receives in audience former Head of State Gen. Abdulsalam Abubakar (rtd) at the State House, Abuja.”

Abdulsalami Abubakar is a Nigerian statesman and retired Nigerian Army general who served as the de facto President of Nigeria from 1998 to 1999.

He was also Chief of Defence Staff between 1993 and 1998. He succeeded General Sani Abacha upon his death.

During his leadership, Nigeria adopted a modified version of the 1979 constitution, which provided for multiparty elections. He transferred power to president-elect Olusegun Obasanjo on 29 May 1999. He is the current Chairman of the National Peace Committee.