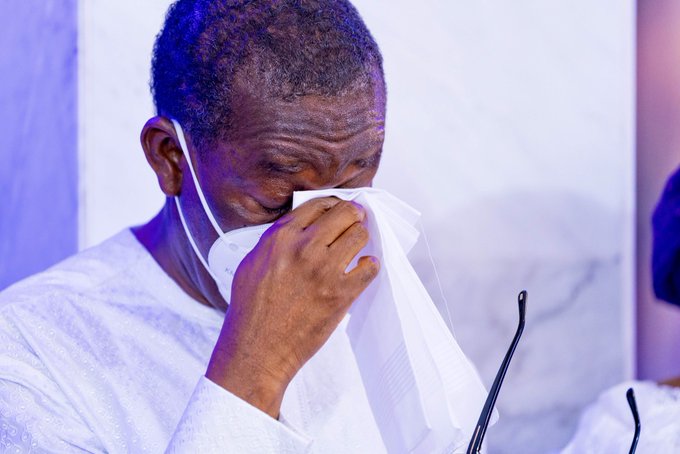 The Delta State Governor, Ifeanyi Okowa Wednesday said his government has written a protest letter to President Muhammadu Buhari over the James Ibori loot recovered by Nigeria and “that, the money ought to have been returned to Delta”.

The United Kingdom, UK, made a commitment to return the £4.2 million loot recovered from Ibori, a former Delta governor, and his associates – But,  Abubakar Malami, attorney-general of the federation, had said the money should go to the federal government and not Delta state.

Okowa speaking when he appeared on Politics Today, a Channels Television programme insisted that, he has “spoken with the attorney-general of the federation. My attorney-general went to have a meeting with him. We are working, and we are likely to come on the same page. We have litten a formal letter of protest to Mr President.”

He said if the money cannot be sent to Delta, it should be spent on projects in the state. “I am confident that the money will return to us or for any reasonable project that will impact the people…”

Former Delta State Governor James Ibori was convicted of money laundering in the UK in 2012.

Prosecutors say he stole an estimated £117m from the oil-rich state.

This is the first time that money recovered from criminals will be returned to Nigeria since an agreement was signed in 2016, the UK authorities say.

The UK and Nigerian governments signed an agreement for the £4.2m recovered by UK agencies to be sent back to Nigeria for infrastructure projects, including the Lagos to Ibadan Expressway, the Abuja to Kano road and the second Niger Bridge.

‘Insecurity is the investment of the PDP’ – VON DG

Just In: Presidency denies rift between Tinubu and Buhari – now we are worried