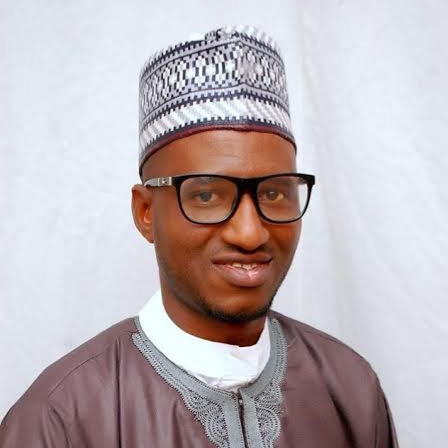 Abubakar Luggerewo, Speaker, Gombe state House of Assembly, was on Tuesday denied access into the premises of the assembly as members of the Parliamentary Staff Association of Nigeria (PASAN) blocked the entrance of the Assembly.

Mr Luggerewo appealed to the PASAN members, saying their protest should be done in a peaceful manner and cautioned against any attempt to hijack it.

He assured that since the state government, under the leadership of Governor Inuwa Yahaya, had shown that it was a listening government, the association would be given fair hearing.

“We spoke with him (Gov. Yahaya) this morning and he told me that he is going to call the Gombe state chapter for dialogue tomorrow God willing and I believe it will be resolved soon,” Mr Luggerewo said.

On his part, Muhammad Bello, chairman, Gombe state branch of PASAN, said the strike was an indefinite one, adding “we would not be moved until we see the implementation of financial autonomy for the state house of assembly.

“We came out today to protest a breach of the constitutional provision. If you could recall in 2018, President Muhammadu Buhari signed into law Nigeria legislative autonomy and after that issued an executive order.

“The order was for all 36 states’ legislative arms to be independent and autonomous. Up till now we have not seen the implementation of that order.”

Mr Bello blamed the non-implementation of the order on the Nigerian Governors’ Forum (NGF), adding that President Buhari meant well for the parliamentary arm, but the “NGF has become the stumbling block toward the implementation.”

He said the implementation of the order had become a problem because the NGF halted it.

“That’s why we came out today to show Nigerians that the principle of separation of power and constitution is not being upheld,” said Bello.

“They are not supreme to the constitution. We are all Nigerians and they have to follow the doctrine of that democracy, which advocates that separation of powers is supreme,” he said.

Mr Bello stressed that legislative activities, no matter how important, would not be allowed in the assembly, adding “no autonomy, no work. If financial autonomy is not implemented, the gates of the assembly will remain shut.”

PASAN members blocked the gate of the assembly chanting solidarity songs and carrying placards, some reading “No financial autonomy, no legislation,” “I support independence of the legislative arm.”