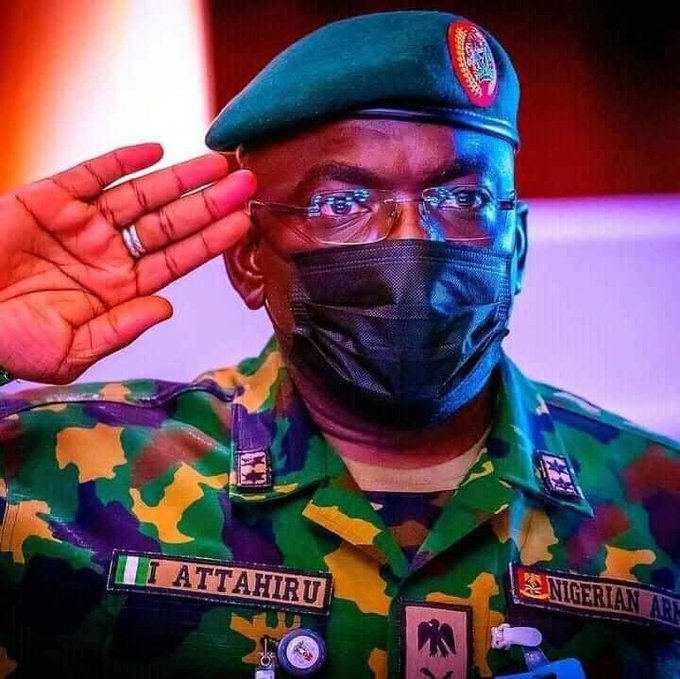 The House of Representatives has summoned Chief of Army Staff (COAS), Lt.-Gen. Attahiru Ibrahim to appear on Wednesday to clarify issues relating to the purchase of arms for the Army.

The Central Bank governor Godwin Emefiele is also summoned on the same day to give details of monies released for the purchase of military hardware.

Both men were to appear before the committee on March 12, but did not do so.

The summon was sequel to the unanimous adoption of a motion by Rep. Bede Eke (PDP-Imo) at Monday’s sitting.

In the motion, Eke said that the summon became necessary following the refusal of the public officers to honour several invitations extended to them by the committee.

According to the lawmaker, it was time for the committee to take hard decision against the public officers.

“CBN has been a problem to this house and they cannot operate the way they are operating and this house will keep quiet because we approve their budget.

“What are we asking for? Come and tell us how much we have paid for the purchase of arms; we have given you the right to fair hearing.

“People are killed everyday, I want to move a motion because we do not have time; we come here everyday, sit for hours and wait for a government agency.

“I move that we summon especially the COAS and CBN, enough is enough, let them be summoned, that is when they will know we are serious,” he said.

Eke said that the committee had invited the COAS four times and the CBN Governor five times, and they have refused to honour the invitations.

Earlier, Chairman of the Committee, Rep. Olaide Akinremi (APC-Oyo) said that the committee expected the Ministries of Finance, Defence and Interior, as well as the Bureau of Public Procurement (BPP) to also appear.

He however said that the Ministry of Defence had earlier written to the committee to seek a later date to appear, and it’s request was granted.

Akinremi said that the committee had been waiting for three hours for the invited public officers, but had failed to show up.

According to him, the house has already passed a resolution in accordance with the COVID-19 protocols not to stay for more than three hours at committee meetings.

The chairman explained that the invitations extended to the public officers were in line with section 88 of the 1999 Constitution as amended.

According to him, the section confers powers on the committee to summon any public officer to appear and give account.

Contributing to the motion, Rep. Ibrahim Aliyu (APC-Sokoto) said that the public officers needed to come to terms with the importance of the investigation.

Aliyu who represents Wurno/Rabah Federal Constituency of Sokoto State, said that the committee has information and documents and was only giving the officers an opportunity for a fair hearing.