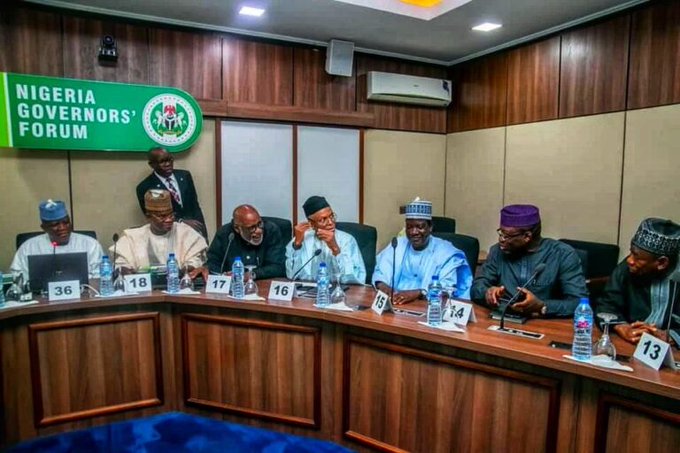 The Nigeria Governor’s Forum (NGF) says the news of the broad daylight attempt to cut short the life of the Governor of Benue State, Dr. Samuel Ortom, is shocking and a rude awakening.

The NGF in a statement on Sunday empathized with the governor and the people of Benue State on the sad, cowardly, and wicked plan.

Governor Kayode Fayemi of Ekiti state who is also Chairman of the NGF vehemently condemned the act in its entirety.

In his communique on behalf of the forum, Fayemi said all hands must be on deck to uncover the identities of those involved in this heinous crime.

“The NGF wishes to state categorically that the attempt to make Benue State ungovernable is unacceptable and will fail woefully.

“Only recently the brother of one of the former governors of the state was mowed down in cold blood.  This dishonourable and shameful act of resorting to violence, for whatever reason, to eliminate citizens of Benue State by brutal means must not continue.

“The NGF as a platform for all the 36 Governors will continue to encourage its members to stand firm in the service of their people regardless of the evil machinations of those who do not wish Nigeria well.

“Evil will not be allowed to triumph over good, not in Benue and not anywhere in this country,” the statement partly read.

The NGF chairman further noted that while all governors will continue to pray for Governor Ortom, the attention of all evildoers must be drawn to the fact that not only will they continue to fail in their wicked acts, but they will also definitely be traced and punished for their crimes, no matter how long it takes.

Governor Fayemi reiterated that the NGF prays for Governor Ortom and wishes him long life as his safety and that of all the people of Benue State continue to be paramount to the NGF.

Chika Oduah: There is purpose in sorrow, a review of Udo Jude Ilo’s book of poetry on loss, love and life