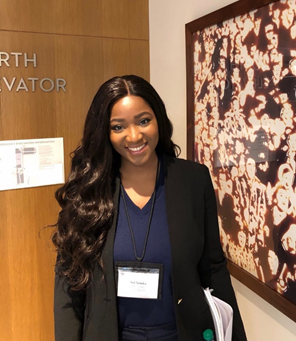 When it comes to exerting influence, the Nigerian women of today are different than the ones many are familiar with. There is no hint of self-effacement about these new ones. They have power and influence, and they want everyone else to know that; nobody is shrinking for anybody.

Before now, it used to be that women focus more on not being perceived in a wrong light by men who typically control and own productive resources. And that, in a way, affected how high and how fast women can fly. Many times, women had to grovel and roll and massage egos of the opposite gender to get the barest minimum. But now, the story is gradually changing.

Nigerian women have not only found their own voice, but they have also found their feet, and nothing can stop them now. The good thing about this is that they are not moving in isolation. At the heart of this drive is community.

When one Nigerian woman becomes powerful, they carry even more women along. This is exemplified in the health outreaches, mass female education and security efforts by these women through their private businesses, non-governmental organisations as well as their own social media accounts.

Here are some of the Nigerian women making lives generally better for their fellow women all over Nigeria:

Odunayo Eweniyi’s contribution to the improvement of the lives of Nigerian women is mainly in ICT. Her work is focused on improving the participation and inclusion of women in the technology startup scene. Some of the women organisations she supports includes – She Leads Africa, For Creative Girls and others.

Eweniyi is also the co-founder of the Wine and Whine community, whose sole purpose is to create a safe space for Nigerian women.

Temie Giwa-Tubosun, who founded LifeBank in 2016, is giving many Nigerian women a postpartum fighting chance. In a country where up to 20% of maternal mortality is caused by after-birth bleeding, Giwa-Tubosun’s work is proving to be a lifesaver to women in remote locations, within the company’s coverage scope.

28-year-old Sylvia Nduka is focused on giving grassroots women and young girls access to healthcare and education. Her outreach efforts since 2019 include paying off medical bills, scholarships for young girls and donation of relief materials for aged women in the South-South region of Nigeria.

During the COVID-19 lockdown in 2020, Sylvia Nduka donated relief materials to low-income households through her organisation, Seed Foundation.

Oluwaseun Ayodeji Osowobi founded Stand to End Rape (STER) after a group of villagers set a “trap” for her to be raped as punishment for rejecting a bribe while serving as an ad hoc election staff during her service year. Her organisation provides support for victims of sexual harassment and abuse and has since led several initiatives to educate and enlighten boys and girls in communities around Nigeria.

Osowobi’s organisation has provided support for over 300 women, girls, boys, and men and reached about 200,000 Nigerians with information about sexual abuse.

Dami Odufuwa is a co-founder of Wine and Whine. She is also one of the founding members of the Feminist Coalition. Her work is focused on dismantling the age-long patriarchal system through active political participation and financial emancipation of Nigerian women.

The wave of powerful and community-conscious Nigerian women is here, and should anyone try to interfere, that wave would sweep them away. What is the most exciting thing about this wave? The fact that more opportunities will open up for women and that is something worth looking forward to.

Cheta Nwanze: Nigeria today reminds one of the George Orwell book “Animal Farm” in so many ways