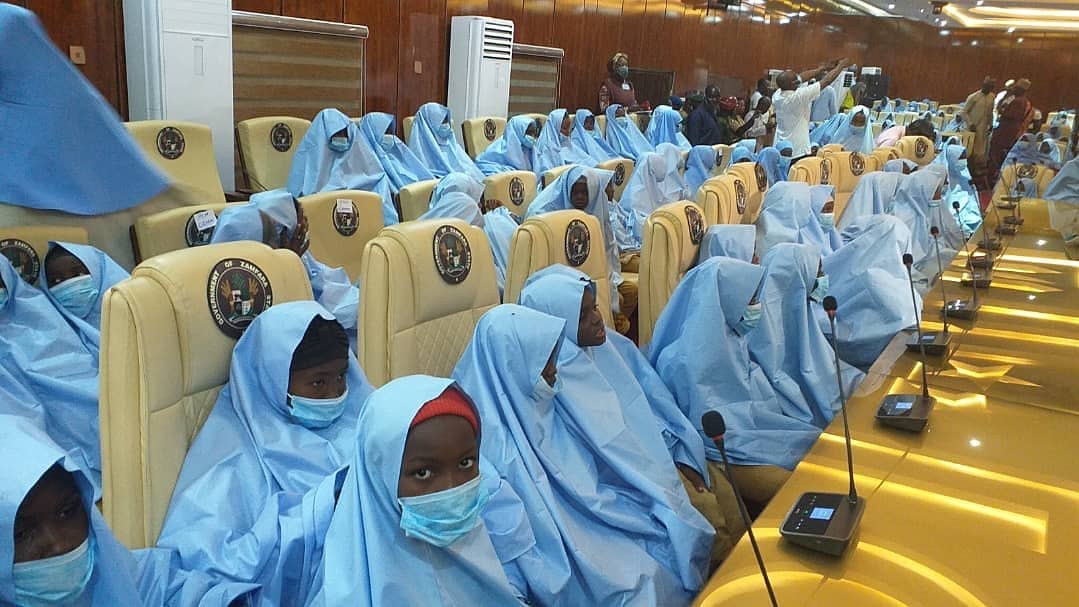 Four people were reportedly shot and others injured at the handover of the abducted Jangebe schoolgirls to their families on Wednesday.

NewsWireNGR gathered that the anxious parents and families of the schoolgirls were angered by the late attendance of government officials, and the government’s insistence that they complete the programme before handing over the
children.

Anxious and fearing that they may be victims of kidnapping if they leave the Jangebe village late in the evening, the mob started hauling stones at the officials.

In response, security operatives opened fire and released tear gas. One person was shot in the stomach while many others were injured.

“Four people have been shot dead in the confusion,” the AFP reports.

Since their release, the students were kept in government care in state capital Gusau, receiving medical treatment before they were handed over to their parents.

Shortly after the release of school girls, terrorists abduct over 60 – burn Zamfara town