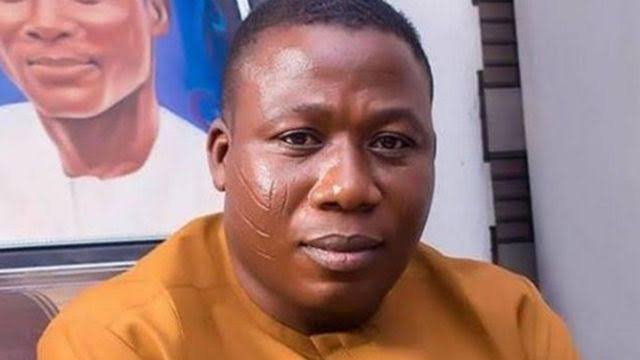 If this were the era of colonial adventures, perhaps now would be what colonialists would describe as a ‘good time’ to colonize – or recolonize Nigeria. Baleful as that may sound, such would be the fate of this giant ungoverned territory; if there were to be another daredevil mix of Goldie Taubman and Frederick Lugard.

Think of Nigeria as a coffee shop with a high prospect of becoming the only of its kind with the best cappuccino or mocha any coffee lover could dream of – operating under the command of one big boss and several ‘small’ bosses, and of course suffering from gross mismanagement. The ‘small’ bosses are obsessed with unseating the big boss while the big boss is consumed by his self-seeking desire to stay in control, even at the stiff cost of gross mismanagement.

In this situation, the big boss would either succeed in suppressing or reaching a compromise with the small bosses and wielding control for a long time; or the small bosses, if united, would succeed in unseating the big boss and likely worsen the situation; or the coffee shop would eventually implode and cease to exist. Now, whether that would be a good or bad thing may well depend on perspective and the degree of ruin such tragedy would leave in its wake.

That’s the story of our nation today: a place endued with boundless prospects but bedevilled by unholy alliances and political compromises, all in a bid to prevent the well from running dry for the political class and avert implosion. But if the coffee shop were, in fact, Nigeria under her current ‘big boss,’ the coffee shop would be no more likely to develop its potentials than Nigeria would be to implode.

In an ideal society, politics ought to be a means to an end – a vehicle for attaining the socio-economic aspirations of the collective, not an end in itself where the political class is only obsessed with power, not minding whatever ruin it leaves in its path, as is the case in Nigeria. But methinks all that is about to change, only that the consequences may be too hard a pill to swallow. Barring imperial incursions, Nigeria teethers yet on the fringes of implosion; and the relative peace which has characterized the enduring calls for a people-oriented representative and transformative democracy may well be punctured soon.

The ethnic parochialism, unbridled recklessness and ineptitude that overwhelms institutions of government in Nigeria today, lends credence to the state of a nation that has struggled to understand independence and democracy, failing to learn from history and putting itself up for hire by the highest, or as it may well turn out, strongest bidder. Gradually, the long-wielded console of state capture is being wrestled off the deep state as we know it – and upended by a less organized yet violent clutch of opportunists – with each region forced to claim its share of them.

This nearly full-blown chaos in Nigeria, which would be as much the nemesis of the strange bedfellows who have treacherously held sway over political power for only self-serving reasons, including the hotchpotch of misfits in the incumbent government, as it is the nemesis of the gatekeepers of our democracy who have slumbered for too long. The trilogy of banditry, secessionist demagogues and an emerging cassowary misconstrued for a phoenix in the south, is a brewing avalanche that no government deserving of its appellation would ignore for cheap propaganda, untruths and misguided rounds of harassments.

Once a combatant in an intra-ethnic armed conflict and a political myrmidon ever since, Sunday Igboho’s newly found hobby of ‘defending’ the Yoruba people from ravaging herdsmen may very much be the response of a political class desperately seeking to overturn their disadvantaged lot, as it could be one of the biggest tragedies waiting to unfold in contemporary Nigerian history.

Seen by many as a necessary evil now, but if history teaches us anything, it is that a necessary evil today may as well be an undesirable evil tomorrow, especially when that necessary evil means the likes of Igboho disproportionately bestrewn across the broad stretch of our country. I shudder at the all too real prospect of a regional government led by these people, who have done very little to enunciate their visions, if they have any, for the people they claim to fight for.

If I were Prometheus, I would weep for Nigeria – not just because the age of negative peace is on the verge of being dislodged by the age of chaos, and hell is more likely to freeze over than those at the helm are likely to rescue the country from the doldrums, but also because the saviours that many see today, are merely a looming avalanche of disaster that many may not survive.

The Author can be reached via email: Asorosobioro@gmail.com.

Related Topics:opinionsunday igboho
Up Next