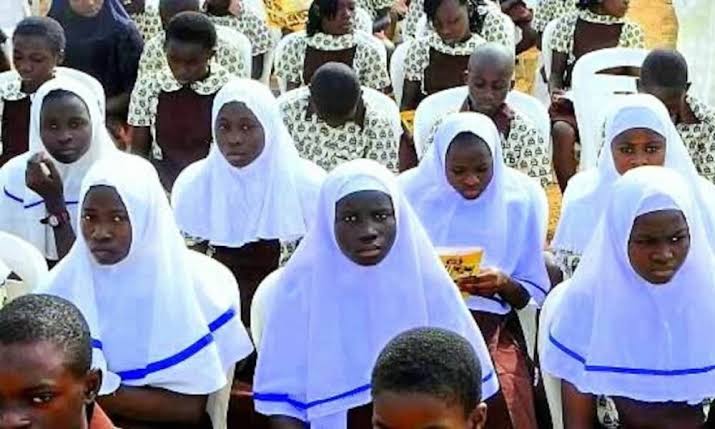 The Kwara State government has approved the use of hijabs by Muslims students in public and mission grant aided schools.

Mamma Sabah Jibril, Secretary to the State Government, announced the directive in a statement on Thursday night.

Recall that ten missionary schools have been mired in a hijab controversy after some Muslim stakeholders pressured the schools to accept the use of hijabs.

Following the tension the hijab controversy generated, the government directed the schools to be closed pending the outcome of the investigations between the government and stakeholders.

But in the Thursday statement, Jibril said the consensus of a meeting between the state government, Muslim and Christian communities was the approval of the hijabs.

As a result of the latest development, the state government has also directed the reopening of all the closed schools on March 8th, 2021

“Sequel to recent developments in our state over the status of the hijaab in public/grant-aided schools, the state government has consulted widely with thought leaders and leaders of both Muslim and Christian communities with a view to clarifying issues and reaching a consensus. The last of such meetings was held on Wednesday, February 24, presided by His Excellency Governor AbdulRahman AbdulRazaq.

“At least 10 schools of interest were earlier shut down to maintain peace and public order as well as prevent mischief makers from taking undue advantage of the development.

“The state government has considered submissions of all major interest groups on the matter. It has also thoroughly considered the education law of Kwara State, the prevailing court judgments and current global trends of multiculturalism in evolving a consultation-based decision that will bring lasting peace and understanding to our communities. ”

“Consequently, the government hereby acknowledges and approves the right of the Muslim schoolgirl to wear the hijab, and directs the Ministry of Education and Human Capital Development to come up with a uniform hijab for all public/ grant-aided schools, which will be the accepted mode of head covering in schools. Any willing schoolgirl with the approved (uniform) hijab shall have the right to wear same in public/grant-aided schools,” the government statement read.