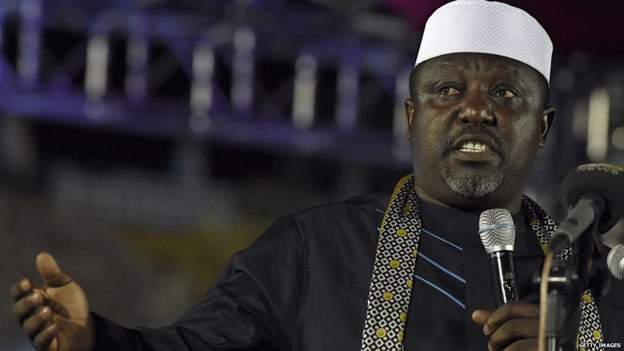 Igboanusi was the deputy chief of staff (Domestics) while Okafor-Anyanwu was the Commissioner for Transportation in Okorocha’s government.

According to the team led by Commissioner for Lands, Enyinnaya Onuegbu, the arrest was in compliance with the directive of the Imo State gazette on the report of the Judicial Commission of Enquiry on the recovery of Lands and other related matters.

However, Okorocha dared Governor Hope Uzodimma’s directive and broke the locks to recover the estate belonging to his wife, Nkechi.

The ex-governor who now represents Imo West at the Senate also stormed the estate with his supporters, policemen, soldiers and personnel of National Security and Civil Defense Corps and ordered the unsealing of the estate.

However, Okorocha and his supporters were confronted by government officials and loyalists of Governor Hope Uzodimma.

The confrontation reportedly left many injured while some cars were damaged.

However, The Commissioner for Information and Strategy, Declan Emelumba confirmed Okorocha’s arrest.

Emelumba added that Okorocha will be arraigned on Monday.

Related Topics:Rochas Okorocha
Up Next