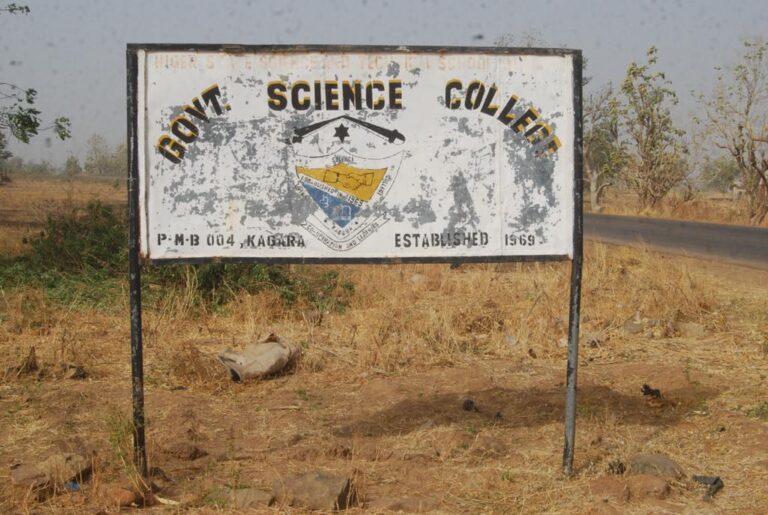 Youths in Niger State on Saturday issued a 48-hour ultimatum to the state government to rescue 41 persons abducted from the Government Science Secondary School, Kagara, and 21 commuters abducted along Minna-Zungeru road.

Briefing journalists at the Abdulsalami Youth Centre in Minna, the youths, under the aegis of the National Youths Council of Nigeria, decried the lack of security in the state and accused the state government of not doing much to tackle the challenge.

“Today in Niger State, not less than 10 local governments are either facing kidnapping or banditry of various forms,” the youths’ statement said. “This is becoming unbearable and unacceptable.

They charged the state and the federal government to “sit up” and face the business of securing lives and properties.

The federal government earlier on Saturday said it will not pay a ransom to secure the release of abducted persons, although it is exploring military and non-military options in securing the freedom of victims.

The statement reads in parts, “Niger State is becoming a shadow of itself considering the occurring realities of insecurity manifesting in almost 2/3 of its LGAs. It is either we are awoken by kidnapping and banditry by unknown gunmen who have dispersed and made thousands homeless in their ancestral homes.”

Many communities in Niger State, which shares borders with the Federal Capital Territory and is the largest state in the country, have suffered from bandit attacks for years.

According to the group, “the implications of this heinous crimes arel; many inhabitants from this ravaged communities who are known to be peasant farmers have abandoned and lost all their large farmlands and produce due to incessant attacks”.

“Many are now seeking refuge on identified internally displaced persons (IDPs) camp across the state. The future of the young ones is bleak as schools have been shut, commercial activities deserted and healthcare accessibility now a mirage”.

Barely 24 hours after the Kagara school attack, gunmen attacked other communities in the state, killing at least one person.

The state government has shut down boarding schools in affected areas and has said it is working to secure the release of kidnapped persons.

THESE ARE THE FOLLOWING RESOLUTIONS BY THE YOUTH GROUP

The policy somersault of Niger State Government in this precarious situation is worrisome. In one breath, the Governor expressed disinclination to negotiate with bandits, in another breath, the Secretary to the State Government was advancing talks with bandits on behalf of the Governor with a view to negotiating Niger State out of security quagmire.It is on the foregoing abysmal and profound perturbations that, we the coalition of youths and civil society organizations in Niger State consequently advance the following demands:

1. The Government should facilitate the release/rescue of all abducted commuters aboard NSTA bus and pupils of Government Science College, Kagara, within 48 hours.

2. The Governor of Niger State, Alh. Abubakar Sani Bello must identify and personally visit parents/guardians/husbands/wives of all the abducted commuters and pupils of Government Science College Kagara.

3. Most of the abducted commuters are bread winners of their various families, we demand the Government should provide relief materials to all families of the abductees within 24 hours.

4. The Government of Niger State should establish within Twenty four (24) hours of this release, a situation room where Nigerlites and the abductees family members could access true situation of the rescue/release efforts.

5. The Government should provide adequate security to all communities, schools and other soft targets within the shortest period of time.

6. Local Vigilantes should be inculcated into conventional Military forces with a view of deploying them to provide security for their communities.

7. The Governor should personally visit all Internally Displaced Persons camps in the State within Seven (7) days.

8. The Federal Government should without further hesitation declare state of emergency on security.

9. We demand inclusion of youth representatives in the planned stakeholders meeting which is premise on the state government scheduled for Tuesday 23rd February, 2021. We believe the youthfolk is a major stakeholder in Niger State Project, hence this demand

10. We therefore request with all Nigerlites to continue to pray for the victims and their families and never use derogatory statements capable of truncating the negotiating process of the abductees. We are perturbed by the rising misconceptions and wish to call for calm and optimism.

11. The existing Local Vigilantes should be strengthened and adequately supported to enhance Local Security arrangement.

12. The creation of Ministry for Home Affairs and Internal Security as obtainable in Zamfara and Kaduna States.

13. We condemn in strongest term the reckless statement credited to minister of defence were he urged Nigerians not to be “COWARDS” but stand and confront bandits Heavily armed with assorted sophisticated weapons. We demand immediate  retraction and apologies from the minister.

As responsible citizens of the Federal Republic of Nigeria, we believe and share in the vision of Nigeria’s sovereignty and indivisibility, but same shouldn’t be misconstrue as weakness for criminals to feast on our people and resources.We implore Government at all levels to work assiduously toward meeting our demands within the stipulated timeframe.

The Youths would explore the option of “GRAND PROTEST” tagged “OCCUPY NIGER” should we notice lackadaisical disposition towards our demands.We finally wish to thank all Nigerlites for their unflinching prayers and concerns over the last few days. You all have demonstrated that we are all one in this trying times.

We urge you to keep the prayers afloat until normalcy and our once peaceful state of our dream Niger is restored.We thank Sheikh Dr Ahmad Gumi and other notable Nigerians for coming to the aid of our abducted citizens. We are not unaware of Niger State Government efforts in this trying time.

Our support for them remains resolute in these trying times with hope and prayers things go right for the betterment of all.Thank you and God Bless.

South-West governors, traditional rulers met over the security situation of the zone