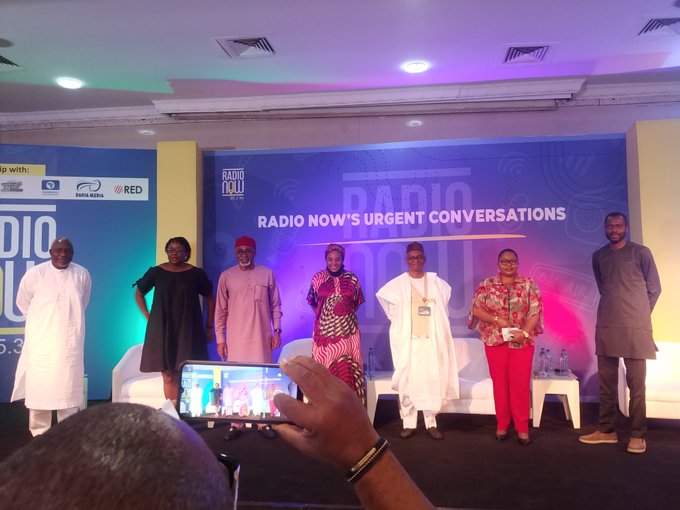 Kaduna State Governor, Nasir El-Rufai has called on young Nigerians and qualified people in the country to join politics if they want the country to change for the better.

The governor said this when answering a question on the relevance of the two dominant political parties in the country and their capability to solve the key problems of the country at the #UrgentConversation summit on Friday that held in Lagos.

Speaking, Mr El-Rufai said the challenge of selfish rulers in Nigeria can be traced back to 1999 when the bright brains and the public service oriented Nigerians left the political scene due fearing that another unrest would happen after the death of Late Sani Abacha. Their exit, according to E-Rufai ushered in the selfish politicians that has dominated the country and has been difficult to push out.

In the two hour programme that aired on Channels Television, Monitored by NewsWireNGR; the Governor said, “Political parties are organisations and depending on leadership and membership of the organisation, the party will be functional or dysfunctional.

“I am of the view that the reason we have the sort of parties we have now in the fourth republic which are essentially platforms rather than ideologically, consistently kind of organisation is the nature of emergence of the fourth republic and what happens before.

“Many people in 1998 do not believe that after the death of late General Abacha do not believe that the military would leave, this is because of the endless transition programmes that the county went through and maybe by then, the better and more honest politicians got exhausted and dropped by the wayside.

“So in 1999, I was in Abdulsalam government, I was part of the designers of the transition and one of the steps Abdulsalam took as to cancel all the Abacha’s parties and start a new process. Just to give the confidence that we will hand over ad leave in one year max.

“But I think that the best people in Nigeria, the professionals, the bright guys, those who believe politics is about public service guys went away. Now when those first set of governors went in, it was very difficult to dislodge them.

He continued that the solution to force the selfish politicians out of politics and make Nigeria great again is for young Nigerians and the bright, successful people to join politics, With this, he said they can influence decisions and choose who to represent the country.

He then warned that if they leave unqualified people to run the political affairs of the country while they chase other forms of success, they risk losing everything.

“I am of the view that these two parties in spite of all the nightmare scenarios would survive, I think the Nigerian elites are so good at negotiating a truce but the only way the parties would change is what I have always said earlier – good people must come into politics,” he said.

“Good people must offer themselves for public service and suffer the indignity that we all suffer. We get abused every day, we get insulted, we get accused but we must have our best people in politics.

“I got into politics in a technical way, the president liked me and appointed me. But I realised after that politics trumps everything.

“There is no other way, there is no shortcut to it and I appeal to young, educated, comfortable Nigerians to leave what they are doing and make Nigeria work because if it does not work, you will not sleep at night despite what you have

“So I believe if more Nigerians join the parties, they can come and change the parties and chase old ones like us away from the party.”

What is the relationship between LCC and Seyi Tinubu? Bode George queries