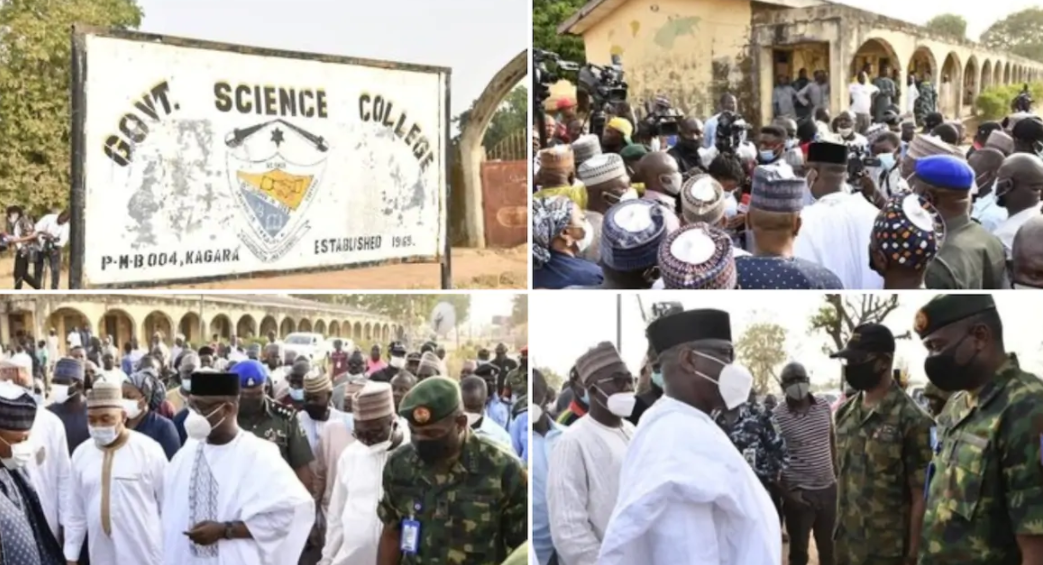 Residents who witnessed the abduction of 42 students and staff of Government Science College, Kagara in the Rafi Local Government Area of Niger State have narrated how the abduction happened.

A resident who spoke in anonymity told the Punch that the terrorists on Wednesday morning stormed the school at 2am wearing military uniforms.

They tied their victims in pairs and took them away.

The source who described how the incident occurred, disclosed that before moving to the GSS Kagara,  the bandits had parked their motorcycles close to Attahiru Secondary School, a distance of one kilometre to the GSS Kagara.

He stated, “When they (the victims) were being taken away, I saw that they were tied in pairs and marched to where the motorcycles were parked from where they were taken into the bush.”

A worker of the school who also spoke on the condition of anonymity said the terrorists entered the school from the rear where the fence had fallen.

He continued that they abducted the 15 staff first before heading to the students’ hostel.

“They abducted 27 students in the hostel and tied all the abductees in pairs before taking them out of the school,” the source stated.

Khamis Tahir, parent of a worker in the school said, “ I got a call that kidnappers had invaded the Government Science College,  Kagara. Immediately after my prayer,  I moved down to the school.  I realised that my daughter together with some students had been kidnapped.  We are here and many security agents have been moving up and down here”, but up till now we have not heard anything.”

In response to the abduction, President Muhammadu Buhari has sent a security dispatch to the state and charged them to ensure the safe return of the hostages.

Also, the state Governor, Abubakar Sani Bello, after a security meeting in Minna, the state capital, ordered the immediate closure of boarding schools in four local government areas of the state, which had witnessed increased kidnappings.

Bello said the action was necessary to save lives of the students as the areas had already been taken over by bandits.

Police burn over 100 shops in Anambra