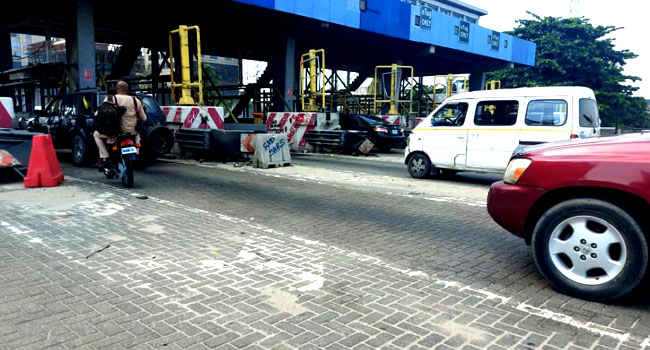 The Lagos State Government has pleaded with the organisers of the planned Saturday, February 13 protests in the state to shelve the protests so peace would reign in the state.

The Lagos State Commissioner for Information, Gbenga Omotosho made the plea when he appeared as a guest on an Arise TV programme, The Morning Show Thursday.

Recall that some Nigerians are threatening to embark on another protest following the weekend’s judgement of the Lagos Judicial panel to allow Lekki Concession Company to regain possession and reopen the Lekki tollgate.

The Lekki Toll Gate had been closed since soldiers allegedly shot at unarmed and peaceful EndSARS protesters against police brutality at the site on October 20, 2020.

The shootings generated suspicion that the LCC was a party to the event that happened that night, as the LCC had claimed that the Closed Circuit Television (CCTV) was not functional at the time of the shootings.
However, the panel at its last sitting on Saturday voted (5 against 4) in favour of the reopening the toll gate.

The ruling has since generated outrage on social media, as some say it is a sign that the panel would not grant justice to the case before it.

To make their voices heard, some Nigerians have announced plans to stage a protest at the tollgate on Saturday, February 13.

However, there are other groups who are planning a counter protest called #DefendLagos at the same venue on the same day.

Speaking on the planned protests, Omotosho said the state cannot accommodate another set of protests because it is yet to recover from the EndSARS protests.

He said, “We all saw what happened in October last year. How some of the iconic buildings in Lagos were razed. We saw how human lives were wasted, including policemen and nobody prays for that kind of thing to happen in Lagos again. Because of that, the Lagos State Government has been suing for peace.

“We have been meeting traditional rulers, youth organisations, civil societies, and people we think can influence things for us not to have the kind of thing that happened in October last year. As it is now, Lagos will require peace to grow our economy. We need peace for Lagosians to display their creative skills.

“Nobody wants to go back to the scene of October 2020. We are appealing to both sides not to cause trouble in Lagos. They should allow peace to reign so that we can continue to focus on the economic and social issues that are facing us.

“We have COVID-19, all manners of things that are coming up that the state government is tackling. This is going to be a big distraction. We are appealing to both sides. Lagos belongs to all of us.”