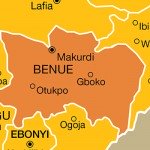 Governor Samuel Ortom of Benue State has appealed to President Muhammadu Buhari to tackled the clashes between farmers and herders in order to avert a second civil war.

Ortom made the appeal at a press conference in Abuja Thursday, saying as a patriotic citizen and one of the leaders in the country, he is concerned about what would be left of Nigeria if the situation is left unchecked.

Ortom said he had on February 8, 2021, sent a letter to President Buhari on Nigeria’s state of insecurity and other key areas of public concern.

He said his latest comment comes as a follow up to the issues he raised in the letter.

“Mr. President, we are not oblivious of the challenges that the country has faced in the life of your administration. These include two recessions, the COVID-19 global pandemic, and the unprecedented nationwide security challenges resulting into the largest loss of lives and property since the Civil War. These security challenges especially have unsettled the country economically, socially and politically.

“Your Excellency, these security challenges have assumed new dimensions where the now emboldened assailants and armed herdsmen daringly enforce their will on legitimate owners and occupants of ancestral lands. There are many areas of concern over the federal government’s actions, including the widely discussed concerns over inequalities in key appointments. These have reinforced the perception that the administration is not fair and just to all Nigerians.

“Mr. President, please recall my earlier letters drawing your attention to the activities of Miyetti Allah Kautal Hore and other armed Fulani socio-cultural groups and their leaders who publicly and brazenly claimed responsibility for the killings and destruction of property across states of the country. These groups and their leaders have also boasted that Nigeria belongs exclusively to them.

“I am reaching out to you as a patriot who is concerned about your reputation and the fate of our country. I am imploring you once again to rise to the challenges of these times to avert the country’s drift to anarchy and disintegration, a situation that sycophants and praise-singers might be unwillingly shielding from you.

“In 2015, Nigeria enthusiastically welcomed your return as a leader with a reputation for uprightness, fair-mindedness and integrity. The current situation is raising doubts in the minds of many Nigerians who had believed in you. Mr. President, your compatriots are looking up to you to act fast to redress the situation,” he said.