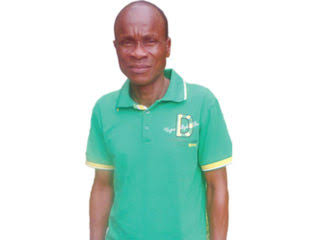 Yisa Sofoluwe, a former defender of the Nigeria Super Eagles is dead.

Sofoluwe popularly known as Minister of Defence, Yisa Sofoluwe died on Tuesday at the Lagos University Teaching Hospital, LUTH, after being on life support days before  he passed away.

The 53-year-old was said to have suffered an ailment that affected his brain.

Sofoluwe won 40 caps and scored one goal for Nigeria and was a member of the Eagles squads which reached the final of the 1984 and 1988 AFCON tournaments.

At club level, he featured for Ibadan giants 3SC between 1982 and 1983, winning the domestic league title, before moving to Abiola Babes, where he spent four seasons and won the FA Cup twice in 1985 and 1987.

For the fourth time, Nigeria’s national sports festival has been postponed