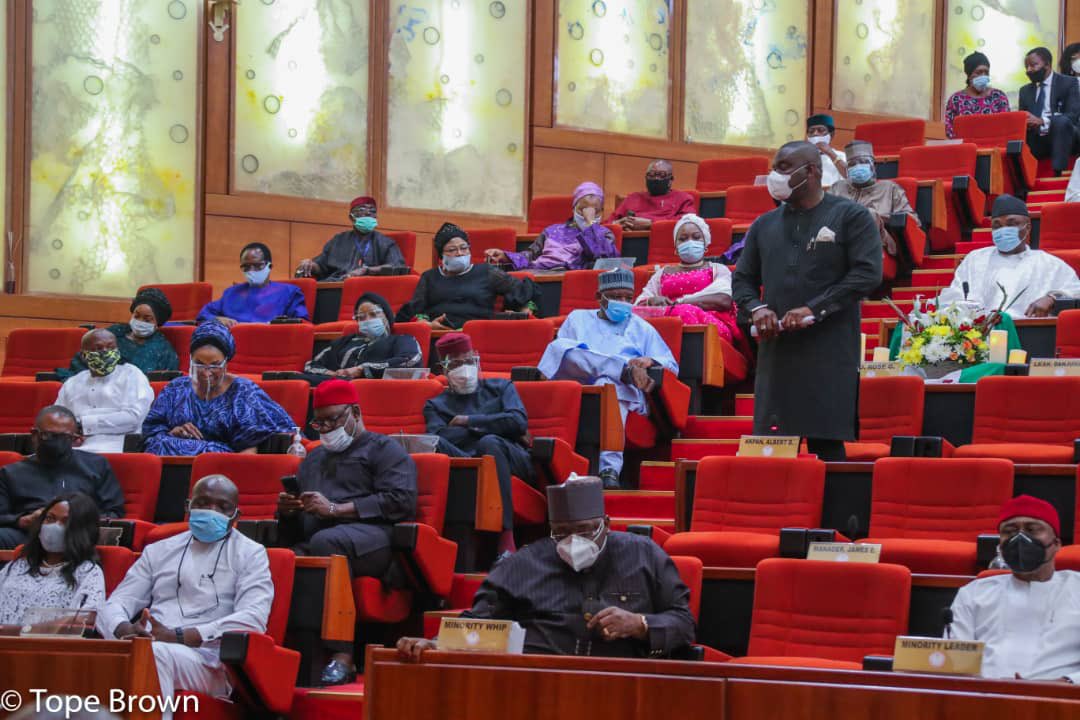 The Senate has Wednesday, confirmed the nomination of Ahmed Lawan Kuru as Managing Director of the Asset Management Corporation of Nigeria (AMCON) and two others as the executive directors.

Kuru was first appointed to lead AMCON in 2015, he has been reappointed after his tenure elapsed by President Muhammadu Buhari. Kuru is formerly the Group Managing Director and Chief Executive Officer of the defunct Enterprise Bank Limited. He started his banking career with the old Habib Bank in 1985 and rose through the ranks to become an Executive Director of Bank PHB (now Keystone Bank) in 2005.

He holds a Bachelor of Science (B.Sc) degree in Accounting and a Masters’  in Business Administration. He is respected in the banking industry, as a result-oriented and deft leader, who has a strong accountability record.

The body acted as the buyer of banks for the Nigerian Government by acquiring the non-performing loans (NPL). The original book value of the acquired NPLs was ?4.02trillion at a price of ?1.76trillion with a commensurate issue of Zero Bond for the NPL acquired.