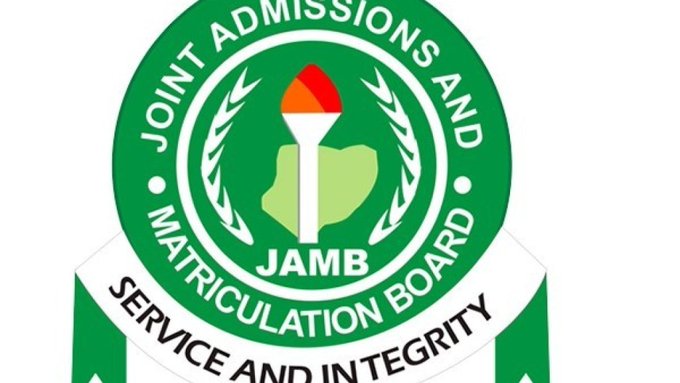 The Joint Admissions and Matriculation Board, JAMB, has raised an alarm over the influx of fraudulent Computer Based Test, CBT, centres in some parts of the north.

JAMB Registrar, Prof Ishaq Oloyede, who made this known in Abuja, said the increase of the rogue CBT centres in the north marks a departure from what has been mostly a problem from the South.

Oloyede disclosed that over 400 candidates currently seeking admissions into institutions across the country were involved in admission fraud, alleging that some tertiary institutions were accomplices in the widespread irregularities.

According to him, the first 64 cases of CBT infractions currently treated by the board were from the north, with some having multiple cases of up to 96 irregularities.

The JAMB boss further noted that compromised tertiary institutions were engaging in the change of photographs and biometrics of candidates, contrary to an earlier directive by the Minister of Education, Mallam Adamu Adamu.

According to Prof Oloyede, “this year, we have over 400 people that were caught whereby those who wrote the exams were different from those who applied. We are waiting for the institutions to come up and report activities of the fraudsters,” he said.

The registrar vowed that 200 of the candidates would be prosecuted, one from each state of the federation as the board does not have the resources to prosecute all the 400 candidates, adding that prosecuting a candidate would cost the board over N500,000.

Meanwhile, one Buhari Abubakar, who was caught in an attempt to impersonate, and his alleged accomplice in examination malpractice, Muhammad Sanusi, both from Kano state were paraded before journalists after being arrested by men of the Nigeria Security and Civil Defence Corps, NSCDC.

Abubakar, a candidate of the Unified Tertiary Matriculation Examination in 2020, had paid Sanusi the sum of N25,000 to source for someone to sit the UTME for him, on the basis of which he secured admission into Bayero University, Kano, BUK, to read Islamic studies.

However, the arrangement ran into hitches when all the candidate’s details including his identity card carried the passport of the hired examination-impersonator.

According to Prof. Oloyede, “this scoop was made possible because BUK had complied fully with the ministerial directive that only data supplied by candidates during registration should be used by institutions during the fresher’s registration”.

Mr. Abubakar had sought ways he could change the passport of the examination-impersonator to his own but was unsuccessful in the course of which he was arrested.

“It would be noted that were it not for the implementation of the policy, this particular candidate would have brought in a fresh passport and got himself properly registered into the university without anyone being the wiser,” Oloyede narrated.

According to him, the arrest is just one out of many that the Board had made in recent times with respect to candidates who hired ‘mercenaries‘ to sit examination only to discover that they cannot change the images and biometric attached to their details.

“The above scenario lends credence to the fact that there is no room for impersonation” he said “as whatever information a candidate provides at the point of UTME/DE registration would be what will be on his/her identity card in the school of his choice and his certificates after graduation, among others.

“With this fateful outcome, it is important that institutions that are yet to fully comply with this ministerial directive do so with immediate effect otherwise they would be seen as aiding and abetting impersonation,” he said.