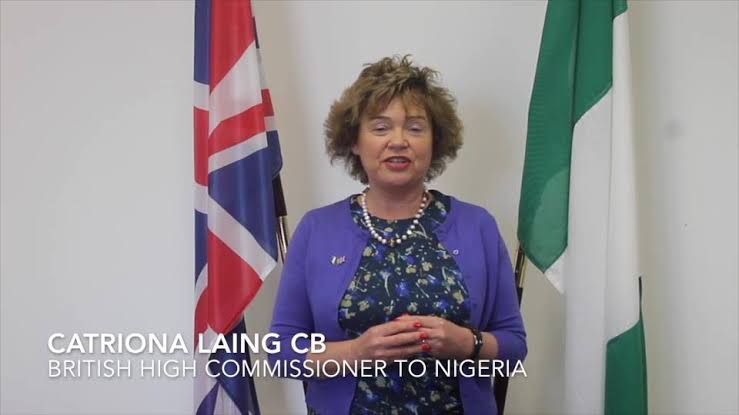 A latest report from an American foundation, Carnegie Endowment for International Peace with the Foreign, Commonwealth and Development Office (FCDO) has accused some Nigerian politicians of using the United Kingdom’s educational system as a money-laundering scheme.

The report titled, “West African Elites’ Spending on UK Schools and Universities: A Closer Look” was authored by the foundation’s non-resident scholar on democracy, conflict and governance, Mathew Page and released on Thursday.

It revealed that over £30 million in fees flows into United Kingdom (UK) private education system from West Africa; and Nigeria accounted for the majority of the funds.

Commissioning the report in Abuja on Friday, the UK government, British High Commissioner to Nigeria, Catriona Laing said the report is The report is a follow up of the UK assessment of bribery ad corruption risks to its independent schools in December 2020 by the UK’s National Crime Agency and the Joint Money Laundering Intelligence Taskforce.

Ms Laing stated, “Tackling illicit corruption in Nigeria is critical to the country’s prosperity and security, and to addressing poverty and inequality,” adding that “the UK is working in partnership with Nigeria to tackle corruption and illicit finance and has excellent relationships with Nigerian agencies and civil society who are fighting corruption.”

This the report acknowledged that colleges and universities in the UK are complicit in the corruption cycle because the UK is still “reluctant to acknowledge outside criticism of the sector’s AML [anti-money laundering] shortcomings or to derive lessons learned from recent anticorruption failures” adding that some have even shown willingness “to matriculate students linked to known—and even convicted—kleptocrats.”

The report stated it estimated 5% of university students and 30% of private boarding school students from countries West Africa have financial links to politically exposed persons (PEPs).

‘It is important to note that the overwhelming majority of Nigerian students in the UK pose no corruption risk and their families do not possess unexplained wealth.
‘‘However, many institutions are popular destinations for the children of politically exposed persons (PEPs) from Nigeria, including some who channel unexplained wealth into the UK education sector.’’

One of the findings of the reports also states that many Nigerian graduates in the UK are children of political exposed persons ho have been suspected or convicted of corruption-related offences in the UK or Nigeria.

‘Recognizing the risk illicit financial flows from Nigeria and other parts of the world poses to the UK and its educational sector, UK educational institutions are beginning to incorporate anti-corruption guardrails into their practice.

Related Topics:British High Commissioner
Up Next

Appointment of service chiefs is not by ethnicity – Garba Sheu