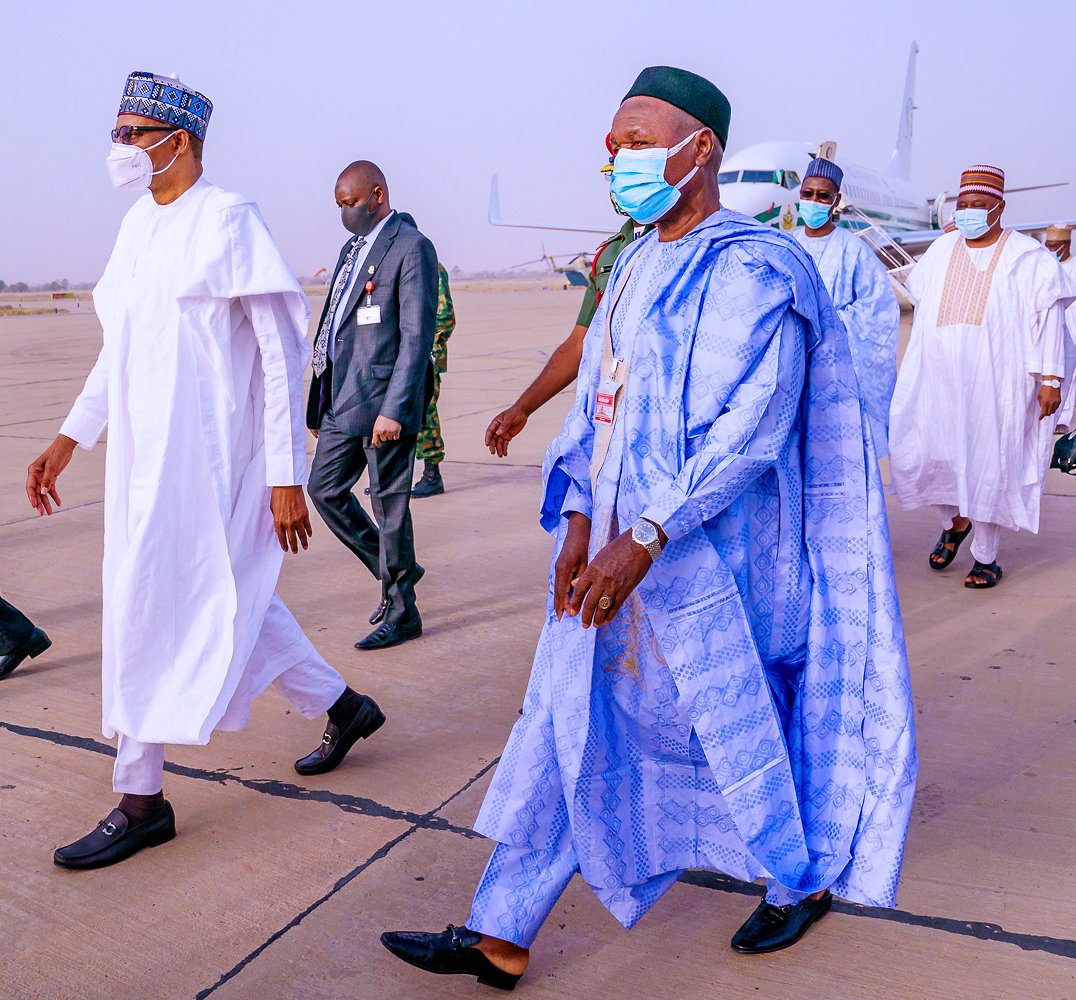 President Muhammadu Buhari has arrived Daura, his hometown, at the start of a four-day official visit.

According to Presidency Spokesman Garba Shehu, In the course of his stay in Daura, he is expected to, among other engagements, participate in the All Progressives Party, APC membership registration and revalidation exercise.

“The President considers this exercise as a very important one for the nation’s democracy and its yearning for good leadership as a requirement of the process of nation building.” Sheu noted

“In a broadcast last week, President Buhari urged “all good people,” not only to speak but to rise up and “get involved in the task of improving their society,” adding that “for most citizens, their greatest weapon is their vote.

“Register now for your Party and register when the time comes for elections.”

The President is expected to return to the nation’s capital on Tuesday.

Nigerian Police arrested 2,792 persons for Sexual and Gender Based Violence in 2020