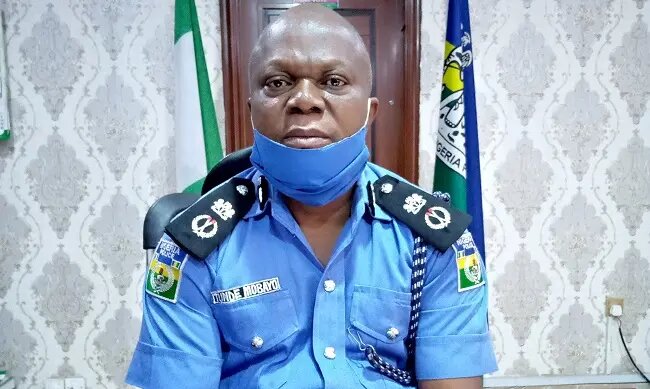 The Ekiti State Police Command has stood by its decision to dismiss a female corporal identified as Olajide Omolola for getting pregnant while being unmarried.

Omolola was attached to Iye Ekiti having completed police training on April 24, 2020 received her dismissal in a wireless message that originated from the Department of Finance and Administration in Ado Ekiti last week.

“Section 127 of the Police Act and Regulation against women police getting pregnant before marriage W/PC (woman corporal) Olajide Omolola passed out of Police Training School on 24/04/2020 attached to yours contravened above provisions,” the dismissal statement read.

The Section 127 of the act reads,” An unmarried woman police officer who becomes pregnant shall be discharged from the Force and shall not be re-enlisted except with the approval of the Inspector-General.”

The decision of the Command has faced criticism because in September last year, President Muhammadu Buhari signed into law the Nigeria Police Act, 2020, which repeals the Police Act, 2004.

However, defending the decision while speaking with Vanguard News on Thursday, the Police Public Relations Officer (PPRO) in the state, ASP Sunday Abutu argued the command acted within the police rules.

Abutu added that getting pregnant out of wedlock was an embarrassment to the force.

He said, “It is very much there in the police Act and anyone that is coming in especially a woman when she could get pregnant after some years but in her own case she joined less than a year ago and she got pregnant without a husband. It is against the Police Act.

“People bringing emotions and personal opinion to it should not be the case. In your own establishment, you have your own rules and regulations and no matter how small or big the rule is, nobody should go against it or take it for granted.

“Everyone in the Force knows that you must introduce someone as your husband, that is it. So getting pregnant without doing this is an embarrassment to the Force. There is nothing too harsh in the punishment.

“Don’t forget she got enlisted into the Force not up to a year and there is no record of traditional, church, police marriage.”

Abutu urged people to show restraint on the matter adding that the Inspector-General of Police, Adamu Mohammed has the power to recall her.

Electricity: Power sub-stations in Oyo and Ogun States to be completed with N124.2 million – FG