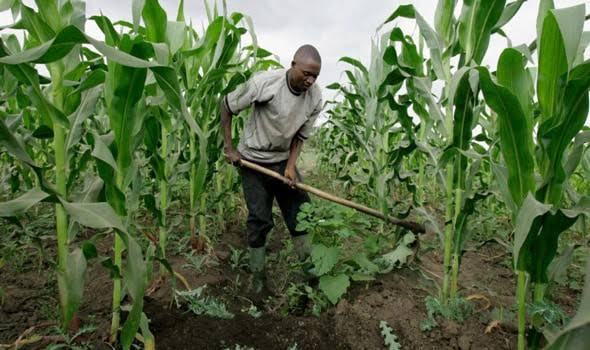 The association said it had collected a N6.6 million loan from the Central Bank of Nigeria in September 2020 to plant maize in the 235 hectares of land at the state forest reserve in Aduloju farmstead at Ado local government area.

Addressing journalists on Tuesday, the secretary of the association, Tope Emmanuel claimed that the herdsmen had been terrorising the farmers in the last one week before finally destroying the maize farm.

Emmanuel added that the herdsmen would always go and graze on the farm in the night and none of the farmers could challenge them because they were always with dangerous weapons.

“Last year, we approached the CBN as a group to obtain loan worth N6.6 million for the maize farm and we planted the maize covering 235 hectares of land they farm.

“But unfortunately when we were preparing for cultivation, the herdsmen came and destroyed everything in the farm with nothing for us again. Those herders always go there during the night with dangerous weapons in the last few days and nobody can challenge them because of the arms they are holding. We can’t go to the farm now.”

Emmanuel urged the government to provide security for the farmers and their farms against the destruction of the herders.

“Don’t forget that government always say we should go to the farm and we approach the bank for loan hoping to pay back after cultivation but nothing to cultivate now as these herders have destroyed everything in the farm.

“We are begging the state government to save us as members are really in a difficult situation now in view of the loan and you can predict what might follow if nothing is done,” he said.

There have been increasing allegations of destruction of farmlands and insurgency levelled against herdsmen in recent times.

The Governors of Ondo, Ekiti, Osun, Oyo, Kebbi, and Jigawa States on Monday held a meeting with the national leadership of Miyetti Allah Cattle Breeders Association (MACBAN) at the International Culture and Events Centre in Akure, Ondo State capital to find a lasting solution to the insecurity challenge.