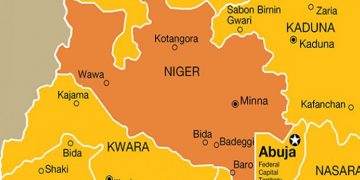 They were kidnapped on Saturday night in Madagwa, Wongo and Marenje communities.

It was learnt the bandits stormed the town at different times on Saturday night.

The Co-convener, Concerned Shiroro Youths, Sani Abubakar Yusuf Kokki, confirmed the abduction saying that the whereabouts of the victims were not known yet.

He described the abductions as disheartening and unfortunate, saying it was unfair the locals have been left to their fate.

Kokki lamented that kidnappings and other related criminal activities have become the order of the day in the entire Rafi and Shiroro local government areas of Niger State.

In the meantime, on Thursday, 20 people from Duguru in Madaka Ward of Rafi local government area on their way to Madaka market were kidnapped by bandits.

80-year-old, ward head and three others killed in bandits attack in Kaduna