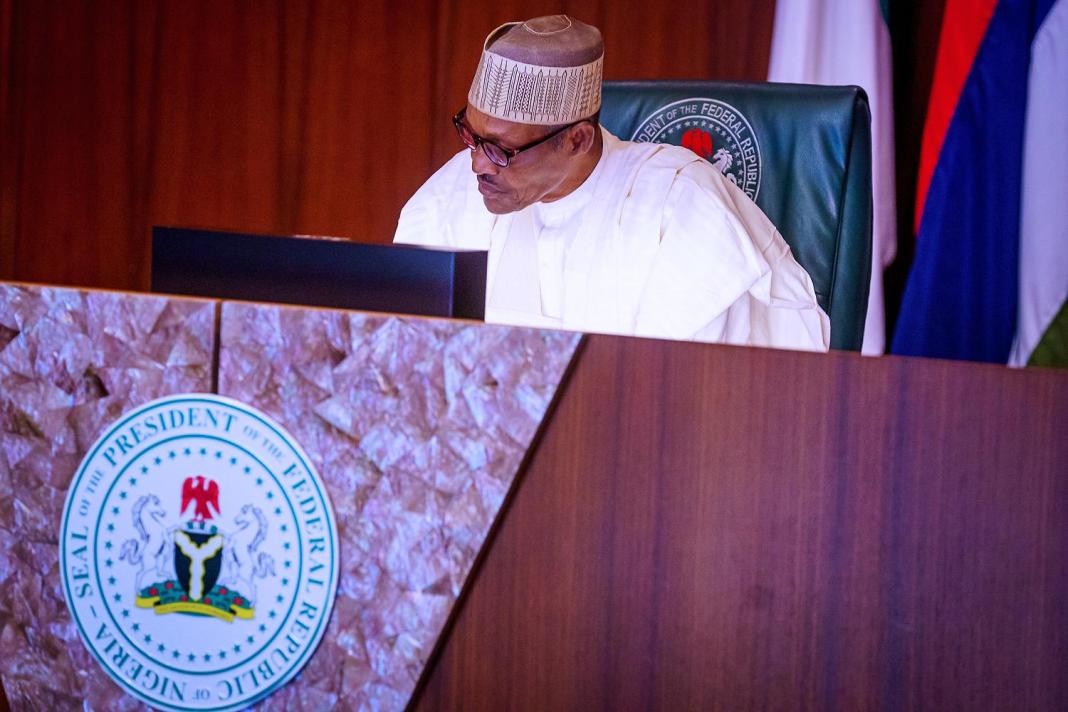 Socio-Economic Rights and Accountability Project (SERAP) has sent an open letter to President Muhammadu Buhari urging him to use his leadership position “to promptly drop the plan by the Federal Government to borrow about N895bn of unclaimed dividends and funds in dormant accounts using the patently unconstitutional and illegal Finance Act, 2020, and to ensure full respect for Nigerians’ right to property.”

The Finance Act, signed into law by Buhari last December, would allow the government to borrow unclaimed dividends and dormant account balances owned by Nigerians in any bank in the country.

But SERAP in a letter dated 9 January 2021 and signed by its deputy director Kolawole Oluwadare said: “The right to property is a sacred and fundamental right. Borrowing unclaimed dividends and funds in dormant accounts amounts to an illegal expropriation, and would hurt poor and vulnerable Nigerians who continue to suffer under reduced public services, and ultimately lead to unsustainable levels of public debt.”

SERAP said: “The right to property extends to all forms of property, including unclaimed dividends and funds in dormant accounts. Borrowing these dividends and funds without due process of law, and the explicit consent of the owners is arbitrary, and as such, legally and morally unjustifiable.”

According to SERAP: “The borrowing is neither proportionate nor necessary, especially given the unwillingness or inability of the government to stop systemic corruption in ministries, departments and agencies [MDAs], cut waste, and stop all leakages in public expenditures. The borrowing is also clearly not in pursuit of a public or social interest.”

The letter, read in part: “The security of property, next to personal security against the exertions of government, is of the essence of liberty. It is next in degree to the protection of personal liberty and freedom from undue interference or molestation. Our constitutional jurisprudence rests largely upon its sanctity.”

“Rather than pushing to borrow unclaimed dividends and funds in dormant accounts, your government ought to move swiftly to cut the cost of governance, ensure review of jumbo salaries and allowances of all high-ranking political office holders, and address the systemic corruption in MDAs, as well as improve transparency and accountability in public spending.”

“The borrowing also seems to be discriminatory, as it excludes government’s owned official bank accounts, and may exclude the bank accounts of high-ranking government officials and politicians, thereby violating constitutional and international prohibition of discrimination against vulnerable groups, to allow everyone to fully enjoy their right to property and associated rights on equal terms.”

“SERAP is concerned that the government has also repeatedly failed and/or refused to ensure transparency and accountability in the spending of recovered stolen assets, and the loans so far obtained, which according to the Debt Management Office, currently stands at $31.98 billion.”

“SERAP notes growing allegations of corruption and mismanagement in the spending of these loans and recovered stolen assets.”

“We would be grateful if your government would drop the decision to borrow unclaimed dividends and funds in dormant accounts, and to indicate the measures being taken to send back the Finance Act to the National Assembly to repeal the legislation and remove its unconstitutional and unlawful provisions, including Sections 60 and 77, within 14 days of the receipt and/or publication of this letter.”

“If we have not heard from you by then as to the steps being taken in this direction, the Registered Trustees of SERAP shall take all appropriate legal actions to compel your government to implement these recommendations in the public interest, and to promote transparency and accountability in public spending.”

“The government cannot lawfully enforce the provisions on Crisis Intervention Fund and Unclaimed Funds Trust Fund under the guise of a trust arrangement, as Section 44(2)[h] of the Nigerian Constitution 1999 [as amended] is inapplicable, and cannot justify the establishment of these funds.”

“SERAP notes that while targeting the accounts of ordinary Nigerians, the Finance Act exempts official bank accounts owned by the federal government, state government or local governments or any of their ministries, departments or agencies.”

“Our requests are brought in the public interest, and in keeping with the requirements of the Nigerian Constitution, the country’s international human rights obligations including under the African Charter on Human and Peoples’ Rights to which Nigeria is a state party, and which has been domesticated as part of the country’s domestic legislation.”

“According to our information, your government has reportedly completed plans to borrow an estimated N895bn of unclaimed dividends and funds in dormant accounts using the Finance Act 2020 you recently signed into law.”

“Under the law, the government will be able to access and take without consent unclaimed dividends and funds in dormant accounts in any bank, on the basis of the vague and undefined ‘Crisis Intervention Fund,’ and patently unlawful ‘Unclaimed Funds Trust Fund’.”

“The government is justifying the borrowing on the ground that it would improve access of the Federal Government to much needed funds, and remove the burdens of foreign exchange and punitive loan conditions imposed by multilateral lenders.”

“According to the Finance Act, the operation of the trust fund is to be supervised by the Debt Management Office (DMO) and governed by a governing council chaired by the finance minister and a co-chairperson from the private sector appointed by you.

“Similarly, Article 14 of the African Charter on Human and Peoples’ Rights, and Article 17 of the Universal Declaration of Human Rights guarantee the right to property, and prohibit the arbitrary deprivation of the right. Thus, everyone is entitled to own property alone as well as in association with others.”

“Respect for the right to property is important to improve the enjoyment of other basic human rights, and to lift Nigerians out of poverty. The Nigerian Constitution and international human rights law limit the ability of any government to interfere with private property without any legal justifications.”

The letter is copied to Mr Abubakar Malami, SAN, Attorney General of the Federation and Minister of Justice, and Mrs Zainab Ahmed, Minister of Finance, Budget and National Planning.