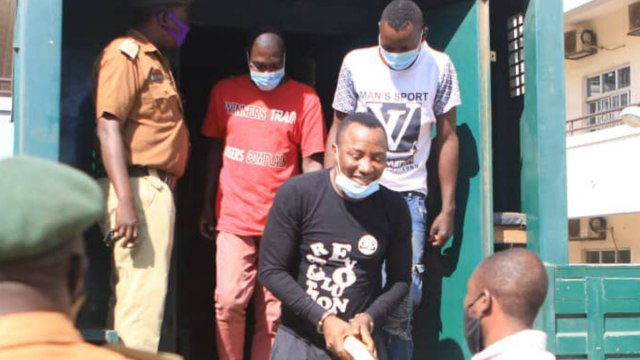 Amnesty International, AI, has again condemned the arrest of the convener of the #RevolutionNow movement, Omoyele Sowore, and four others.

Sowore had in a tweet called for a crossover protest, asking Nigerians to pick up a candle and a placard showing their grievances against the Muhammadu Buhari administration. He and others later staged a protest, an action that led to their arrest by security operatives.

But, the global human rights body in a series of tweets on Saturday, called for the immediate release of the activists and demanded that the charges against them be dropped.

The group said Sowore and others were unlawfully arrested on Friday last week for peacefully exercising their rights to freedom of assembly and expression. It accused the Nigerian government of using delay tactics to frustrate the bail applications of the activists who have spent eight days in detention.

According to Amnesty, the detention is arbitrary and has shown a continued pattern of repression by the authorities.

On Monday, the government arraigned Sowore and others at the Magistrate Court sitting in the Wuse area of Abuja, the Federal Capital Territory (FCT).

They were brought to the court on three charges bordering on criminal conspiracy, unlawful assembly, and an attempt to incite others.

While the defendants pleaded not guilty to the charges against them, the court ordered that they should be remand at the Kuje Correctional Centre pending when their formal bail application would be heard on Tuesday.

Over 100 people kidnapped by bandits in Katsina have been freed