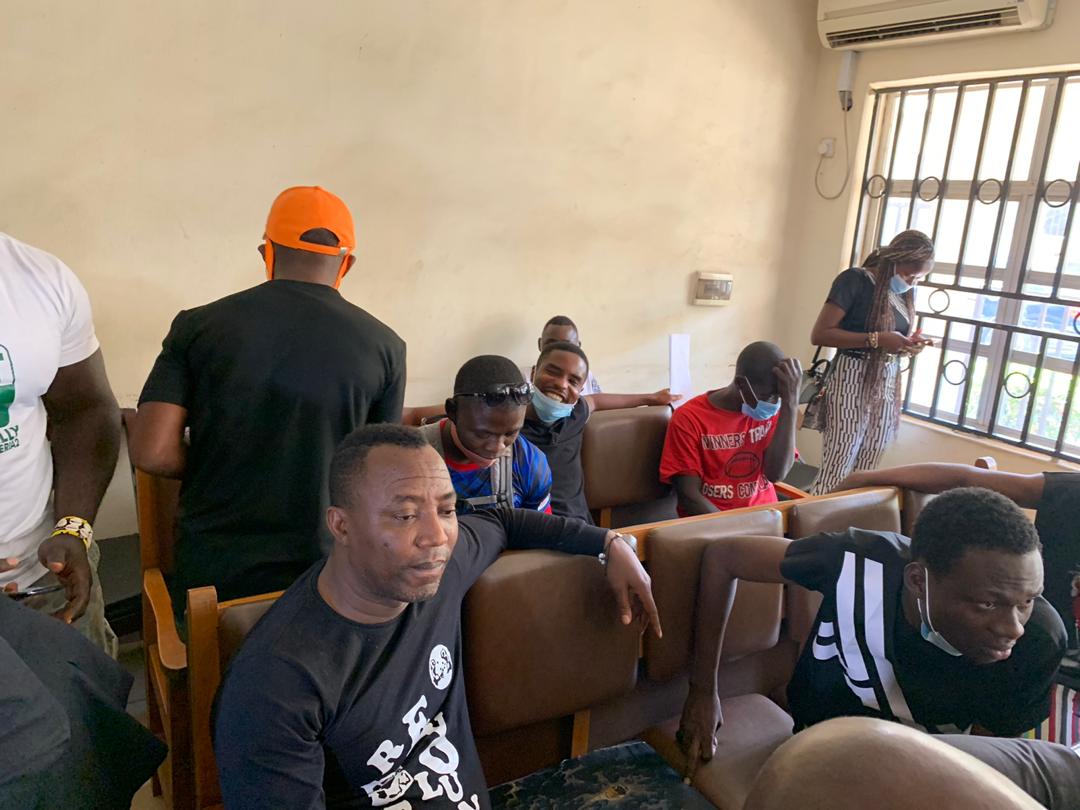 Activist and president aspirant, Omoyele Sowore and four others have on Monday been arraigned at the Magistrate Court in Wuse Zone 2, Abuja, the nation’s capital.

Their seven count charges against the Federal government borders on alleged conspiracy to commit treason, money laundering, and insulting the President, among others.

Recall that Sowore was arrested on New Year eve for leading a protest in the Federal Capital Territory (FCT), Abuja against bad governance in the country.

Multiple accounts suggests that the Saharareporters publisher and others arrested were taken to Abattoir police station in Logokoma, Abuja, where they are currently being detained.