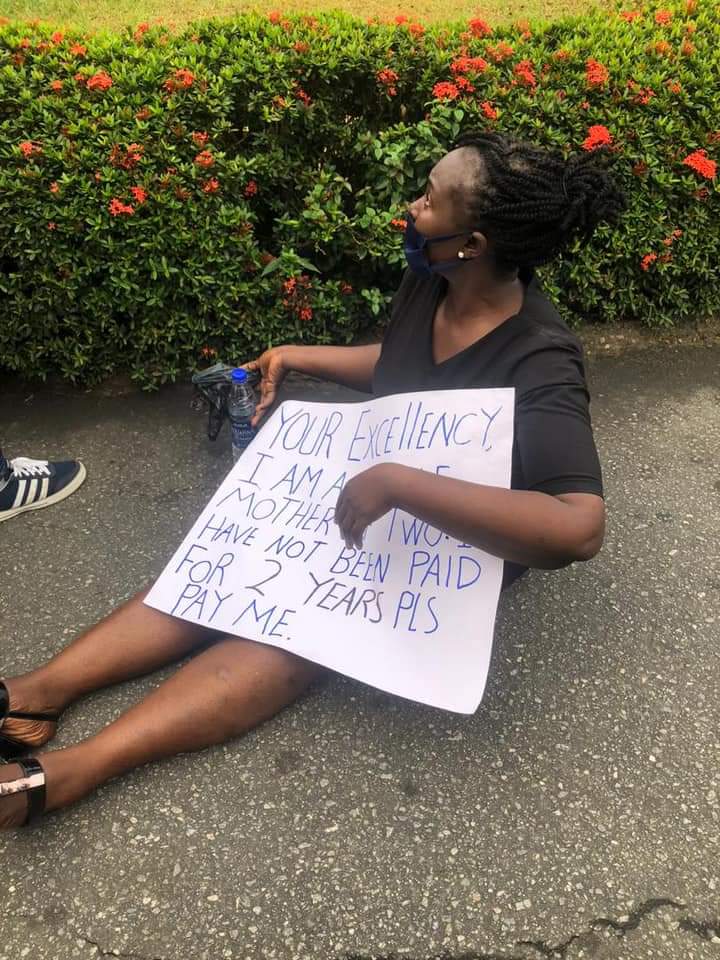 Her Worship, Safiya Iyeh Ashipu, of the Chief Magistrate Court Odukpani, a single mother of two kids, took her sons to the Cross River state Governor’s office bearing placards and demanding her entitlements.

Ashipu was seen telling the security operatives in front of the Govenor’s office, that she will remain there until she is attended to, as “my landlord is on my neck and I can barely feed my family.”

Magistrate Ashipu is one of the 29 Magistrates employed by the Cross River State Government and have not received their salaries in 2 years.

Related Topics:protestCross River
Up Next