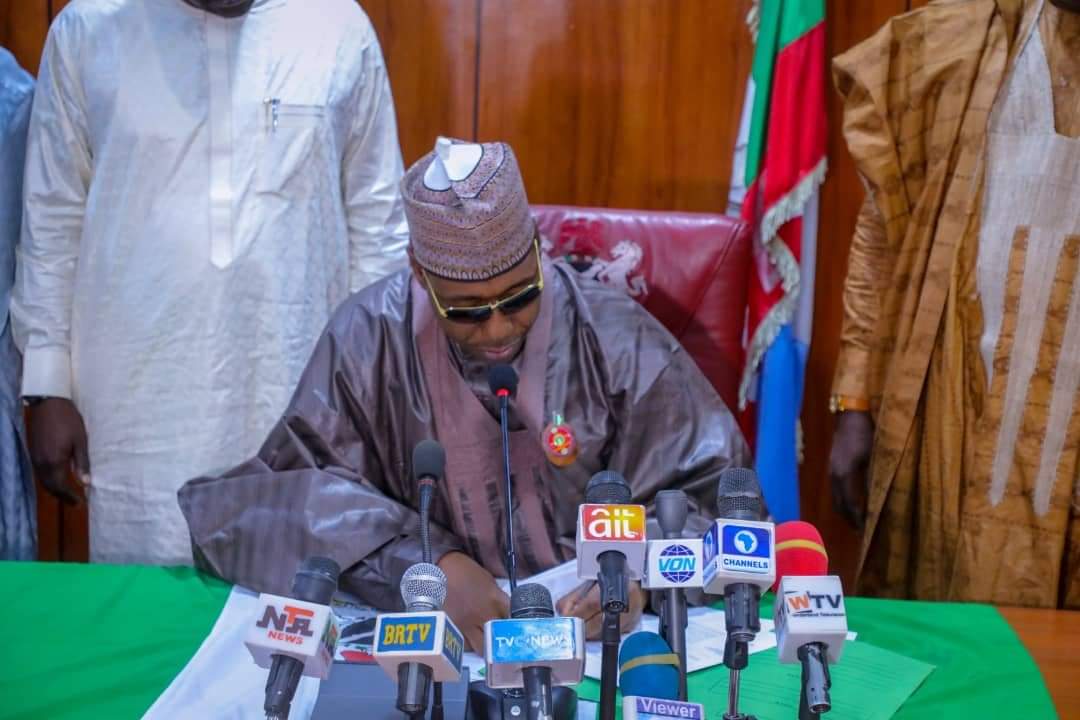 Borno State Governor, Babagana Zulum has signed into law, the 2021 appropriation bill passed into law by the Borno State House of Assembly.

The budget was however raised from N208b proposed by Zulum, to N248 billion, for which the assembly explained, was to cater for industrial projects by the Borno plastic industry and the Maiduguri International Hotel amongst series of others contained in the budget specifics that will be made public after publication.

Zulum had in his initial presentation proposed N135.1b was for capital projects which represented 65% of the budget sum, and N72b for recurrent.

The governor, while signing the increased budget on Monday at the council chamber of the government house in Maiduguri, charged all ministries, agencies and departments to comply strictly with the provisions of the 2021 appropriation law. He also directed his cabinet members to accelerate activities in their ministries for the people of Borno to derive maximum benefit.

Zulum expressed appreciation to the leadership and members of the Borno State House of Assembly for their cooperation with the executive arm.

The Governor explained that in this year, 2021, his administration will sustain its priority on security, education, Healthcare, Agriculture, provision portable water as well as reconstruction, rehabilitation and resettlement of internally displaced persons and refugees.

Before Zulum signed the budget, speaker of the Borno State House of Assembly, Abdulkarim Lawan explained the increase of the budget from N208b to N248b to cater for industrial growth that will increase job opportunities.

Borno’s attorney general and Commissioner of Justice, Barrister Kaka Shehu Lawan conducted the signing ceremony, noting that the Governor’s assent was a constitutional requirement for the bill passed by the assembly to become law of the state.

Related Topics:BudgetBorno Governor
Up Next

Lagos, Rivers and Akwa Ibom emerge as the three most indebted states in latest DMO report