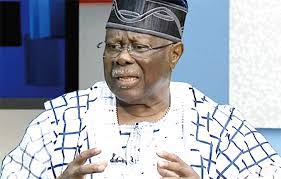 Chief George, who made the call in his New Year message yesterday, said the nation was still challenged “with the burden of inequitable obviousness in the machinery of the state.”

In the new year message title: “A new year, A new beginning”, George  noted that the nation’s present structural setting is skewed and distorted   by a constitution that does not augur well for national cohesion, and growth.

He called for the implementation of the report to address the widening inequality, saying this was a task that must be done before the 2023 general elections.

George said, “The composition of power must yield ultimately to a true, genuine structural equity where everyone will have a sense of belonging and where every state can develop along its own natural path with the resources on its ground.

“Let us revisit the document of the 2014 Constitutional Conference which in totality is quite enlightening about how this nation can be redesigned along a true, fair, equitable and civilised federation.”

“I do not seek a dismemberment of our nation.  But I am resolved just like millions of our compatriots, that the stronghold of the center must be loosened for a decentralization that favors state autonomy along   the line of a United States of Nigeria where the states are allowed comprehensive sovereign powers as reflected in the very constitution of the United States of America which we copied without thorough tidiness.” he said further.

Related Topics:Bode George
Up Next