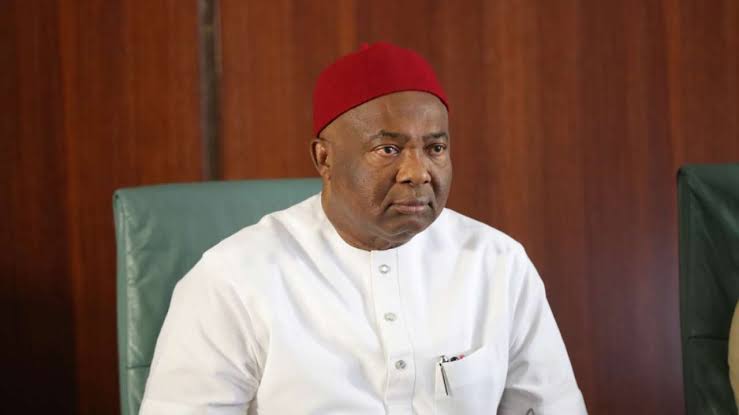 The Governor of Imo State, Hope Uzodimma, has assured the South-East that the All Progressives Congress has great benefits and reward mechanism lined up for the zone.

Uzodinma said this during an end of the year meeting with leaders of the APC in the South-East.

The meeting which held in Owerri, the Imo State capital, was to brainstorm and chat the way forward for the zone and the party.

The governor said it was time the APC took over the zone now that South-East leaders have joined the party, adding that a massive registration into the party should be encouraged along with a reconciliatory move amongst the members.

He said the 2021 National Convention of the party will give the South-East leaders the chance to make their stance known about the APC which he says was blackmailed and insulted in the past.

A statement issued by the Imo State Government, says: “You may recall that Governor Hope Uzodimma was the only APC governor in the South-East and through his dogged and exemplary style of leadership attracted his Ebonyi State counterpart to dump the PDP for APC to compliment the vision of South-East for APC, and since then, Uzodimma has not rested on his oars to make South East an APC zone.

By this recent move of the South-East APC leaders, the zone is set to benefit a lot from the party.” the statement declared.