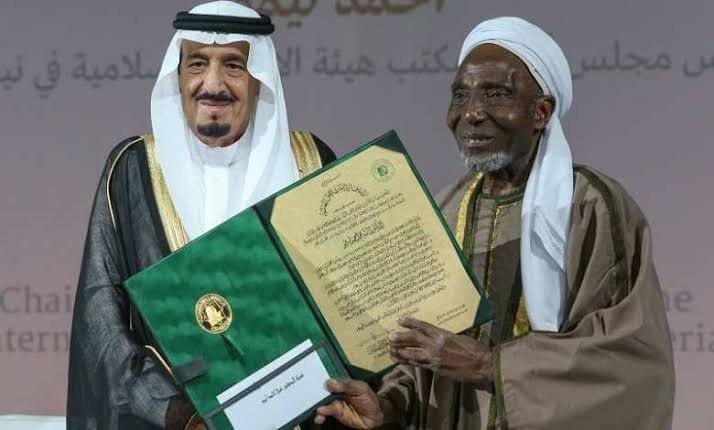 He died at the age of 91 in Minna, Niger State.

His son, Nurudeen, announced the death on behalf of his family.

“It is with sadness and reverence to Allah that we announce the passing away of our father, Dr. Justice Sheikh Ahmed Lemu OFR, in the early hours of this morning in Minna. Burial arrangements to be announced later,” he said

Sheikh Ahmed Lemu started his career as a teacher under the Bida Native Authority, Sheikh Ahmed Lemu was a principal of two famous centers of learning in northern Nigeria: the School for Arabic Studies (SAS), Kano; and the Arabic Teachers’ College, Sokoto. He was appointed Grand Qadi of Niger State after the creation of the state in 1976.

22 years after retirement, he chaired the Presidential Panel on Post-Election Violence in Nigeria in 2011.

Lemu is one of the two Nigerians who have won King Faisal Prize.