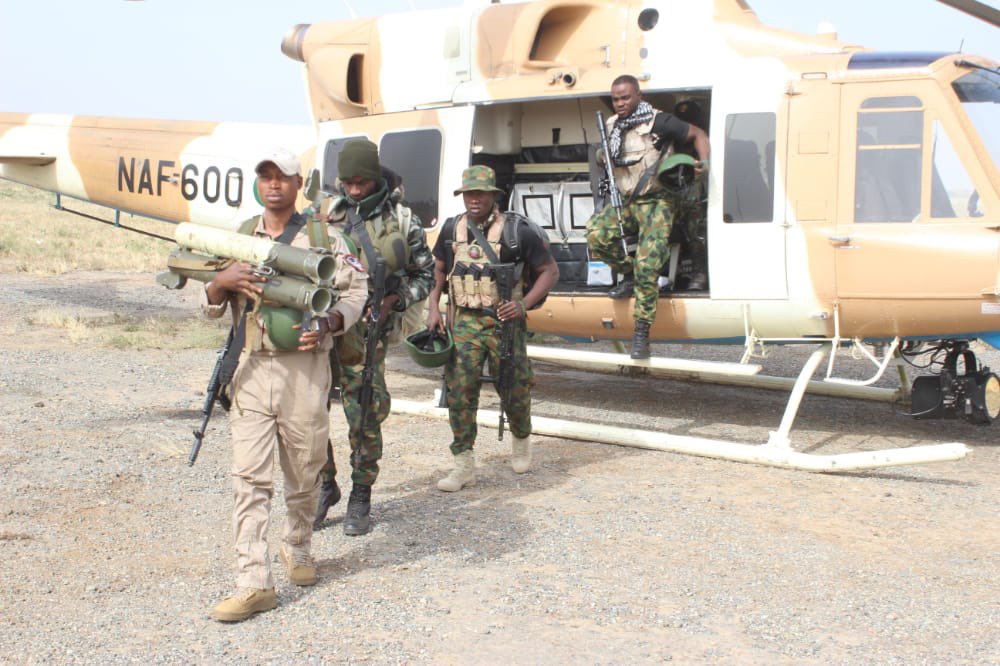 NAF highlighted its roles in a series of tweets on Friday.

They were released on Thursday in Zamfara State and taken to Katsina State on Friday morning amidst tight security.

Earlier on Wednesday, Kastina State Governor, Aminu Masari, said the abducted students were taken to a forest in Zamfara State.

NAF tweeted, “344 boys abducted from GSSS Kankara, Katsina State on 11 December 2020 were safely returned to the Katsina State Government House this morning, escorted by a combined team of personnel from various security agencies with air cover provided by @NigAirForce.

“From the time of the incident, @NigAirForce deployed additional ISR and other air assets to provide persistent surveillance over areas of interest in Katsina and  Zamfara States, whilst maintaining offensive air presence to deny the abductors freedom of action.

“Medical personnel were also part of the Team that provided immediate medical care to the boys after their release from the forest. Additional @NigAirForce Special Forces personnel were equally deployed to provide support.”

Related Topics:Katsinaabducted school boys
Up Next

Buhari has urged freed schoolboys, not to be discouraged by their abduction

Kankara: Buhari needs to tell us how the schoolboys were released – Oby Ezekwesili