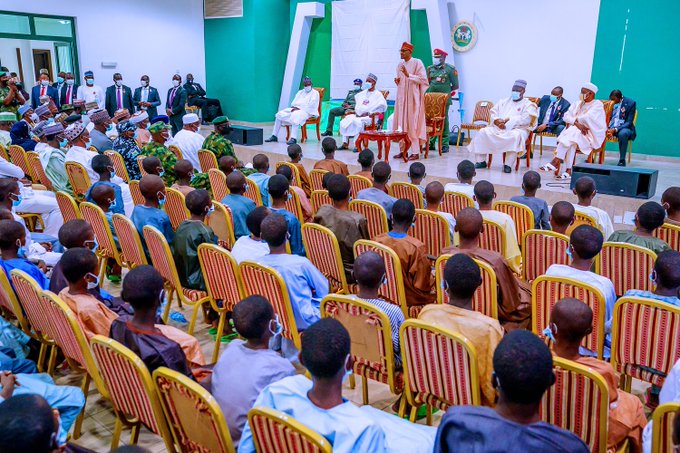 President Muhammadu Buhari has urged the freed schoolboys of Government Science Secondary School, Kankara, Katsina State, not to be discouraged by their abduction.

“My dear children, don’t be discouraged with what has happened, give your attention to acquiring knowledge and developing good character, and you will be distinguished in life,” Buhari told the schoolboys when he met with them in Katsina on Friday.

The President noted that he was once in a boarding school like them and pointed out that education got him to the position he currently occupies.

Gunmen on motorcycles had attacked the school over a week ago and abducted the students. The abduction occurred some hours after the President arrived in Daura, Katsina for a week-long private visit.

Katsina State Governor, Aminu Masari, however, announced on Thursday that 344 schoolboys were released by bandits in Zamfara State.

The governor, who received the students on Friday when they arrived in Katsina from Zamfara, also said the schoolboys would receive proper medical attention before they are reunited with their families.