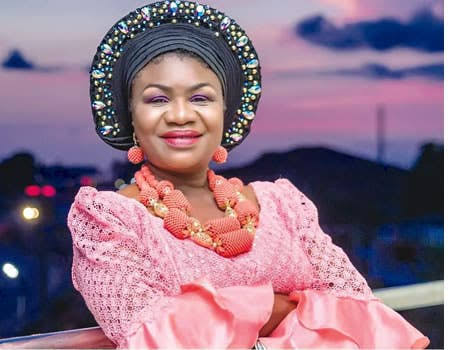 Nollywood actress, Joke Muyiwa is ending the year with an academic achievement.

The actress who is also a lecturer at the department of Performing Arts at the Olabisi Onabanjo University, Ago Iwoye, Ogun State has bagged a PhD in Theatre Arts at Redeemers University.

She disclosed her success on social media on Wednesday night.

Joke Muyiwa is a veteran who started her career as a stage play actress in the late 1970s.

This latest feat by Muyiwa means that the Yoruba movie industry has three publicised doctorate holders with Eniola Olaniyan and Saidi Balogun already on the list.