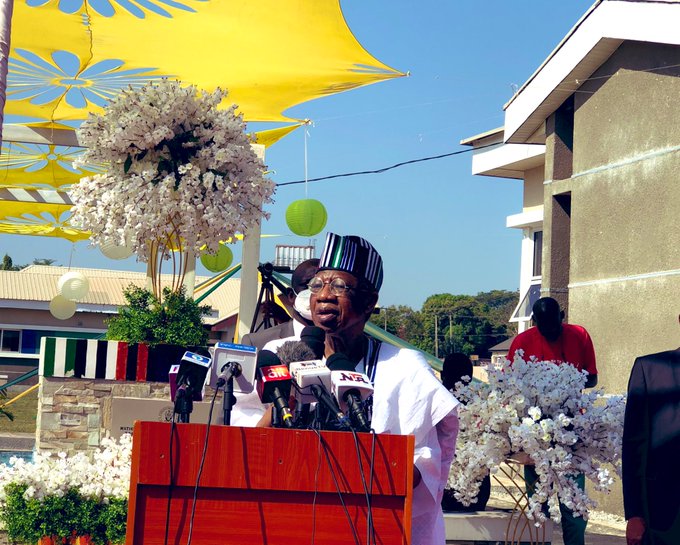 Global powers are deliberately blocking Nigeria’s moves to acquire needed armament to end terrorism and insurgency, Minister of Information and Culture, Lai Mohammed, said in Makurdi, the capital of Benue State, on Monday.

Speaking with journalists on the sideline of a visit he paid to Benue State’s Governor, Samuel Ortom, Mr Mohammed said the action of the world powers was deleterious and frustrating Nigeria’s resolve to end insurgency.

The minister, however, refused to mention the name of the global powers.

He said notwithstanding the frustrations, the Nigerian government would fight terrorism and insurgency to a logical conclusion.

“We will never stop protecting lives and livelihoods. However, we must also understand that we are dealing with terrorists who are financed globally and we also need more support from global partners.

“For instance, Nigeria had made attempts to acquire better and more effective platforms to deal with the terrorists, but for one reason or the other we have been denied this platforms,” he said.

“What actually happened in Borno was quite unfortunate, but we also have to look at the strategy of the terrorists.

“Terrorists use media and publicity as oxygen and so when they go on this kind of mindless killings, a dying terrorist group will suddenly spring to life.

He said, this does not mean the government is not doing enough.

“Terrorists everywhere have the same concept which is a group of people who are extremists and do not believe that you and I should be alive,’’ he said.

The minister also said the administration of President Muhammadu Buhari had done so much in addressing security challenges facing Benue State.

Mr Mohammed commended the state government for its commitment to the development of tourism and hospitality for improved revenue generation.

He said that tourism and hospitality sector contributed 4.8 per cent to Nigeria’s GDP and employed more than one million people.

The minister said tourism and hospitality sector ranked second only to agriculture as largest employer of labour in the country.

Mr Mohammed assured that the North Central campus of NIHOTOUR would train personnel in the sector for optimal output.

Insurgents, terrorists, bandits and kidnappers have been running riot in some parts of the country, killing Nigerians at will while they abduct several others for ransom running into millions of Naira.

Although the Nigerian government keeps claiming it is winning the war against insurgency and other violent crimes across the country, valid reports of people killed and abducted say otherwise.